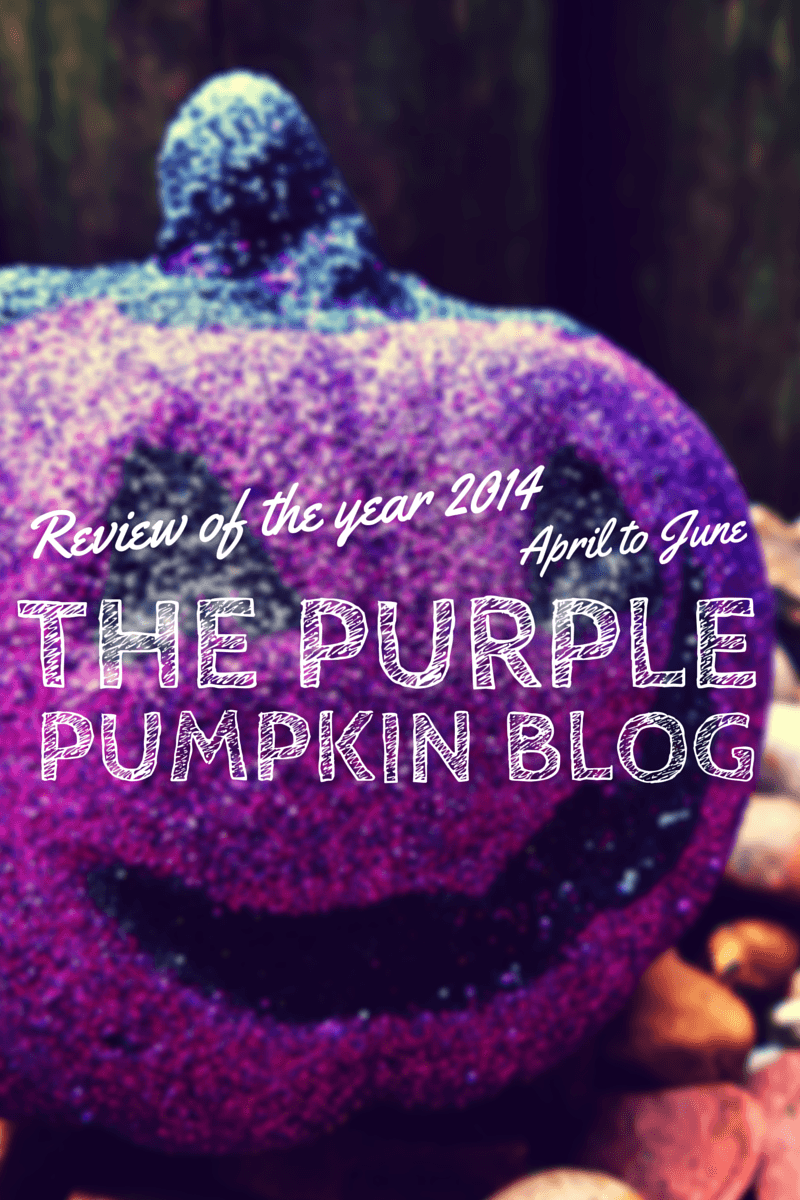 Winter was now a distant memory and spring had started to, erm, spring, I decided that it was a time for new beginnings (again, and a recurring theme for me through the year). I wanted to start embracing me for all that I am, rather than all that I’m not, and that notion, sadly didn’t make it through with me for the rest of the year, but day 91’s photo – New Beginnings meant that I had some hope. April seemed to be a good month in general for me, as well as my Project 365. Here are April’s Project 365:2014 Ideas and Tips.

As part of my role as a Bostik Craft Club Blogger, I made some cute Easter decorations – a bunny, chick and an egg. I also made an Easter lamb in conjunction with Cadburys.

I met up with some bloggers from Social Fabric, a network that I am part of, and we all went for a meal at Jamie Oliver’s Fifteeen restaurant. I finished my Back To The Magic 2013 trip report with day 22 and continued with lots more Easter themed blog posts and 7 days of free printables.

I finally blogged about a family trip to Woburn Safari Park (which we had taken in the previous October!!). Hubs and I went out for a picnic to enjoy some couple time together. We also went for a wander around Epping Forest, which I was able to add to my free things to do… series.

April also saw the UK Blog Awards Ceremony in London – a posh do where hubs hired a tux and I put on my favourite black dress. I didn’t win, nor was my blog read out, which I was so upset about – all was explained in the post that I wrote about the night.  I was also featured on the Yours Clothing blog which I thought was pretty awesome too. I always wanted to do a bit more plus size fashion on my blog, but never quite got the confidence to do it completely, only little bits here and there.

Finally, I went to the UK launch of the Cricut Explore and became one of their super bloggers and worked with them throughout 2014. I’m not sure what the future holds for my working relationship with them, but it was great to use the machine, even though I didn’t put it quite through the paces I had hoped I was going to.

May is the month that I turn my Project 365 over to the colour purple, in support of Cystic Fibrosis Awareness Month. I have a friend who has two little girls with CF, and every year she does a big fundraiser. My month of purple is to help raise awareness and a chance for me to get involved. Here are May’s Project 365:2014 Ideas and Tips, which were actually the different purple coloured things I’d taken photos of during May.

With 100 days to go to our 2014 holiday to Walt Disney World, I decided to do a huge feature #100DaysofDisney, alongside my blogger friend Sam who was going at the same time as us. Looking back it was a fun thing to do, but I also think it is around this time that I started to pile on way too much pressure on my blogging workload! On one of the days I shared a free printable for an Olaf party favor which has, by the time of writing this post in December 2014 over 100K views! Crazy!

I worked with BritMums and Morrisons to throw a BBQ at home for the family and shared lots of recipes including a Mexican Bean Salsa and My Perfect Chicken Kebabs. I also ventured into London with some BritMums to a Birdseye Inspiration event

I completed my first assignment as a Cricut Explore Super Blogger, creating an afternoon tea for two. I shared my tips for throwing a baby shower. I showed you how to make layered cocktails with a gadget I’d been sent to review and I worked with Homebase again by throwing yet another barbecue!

With my photos of the day, my regular blogging commitments and the addition of 100 Days of Disney, May was a very busy month!

June was a huge month on my blog – I had a lot going on – 114 posts tells me that! It started, as all months do, with my photo of the day 152 – Fairy Wings of a fab shot I managed to get of a dragonfly sitting on a straw. I was so busy in this month I barely had time or the energy to round the month of photos up properly, so I don’t even know what my thoughts were about them in June! Here are June’s Project 365:2014 Ideas and tips.

June saw me make my first video review for a Love Me Beauty box,  and several more videos followed! I also reviewed Jamie Oliver’s Fifteen restaurant that I went to with some fellow bloggers back in April. I wrote a post called Weekly Randomness to share some random things that wouldn’t be a post on their own. Not much randomness followed after that!

I hosted a World Cup party with Coca-Cola‘s Big Match Planner campaign which was really fun to do! I also shared some Coca-Cola recipes including ice-lollies and cherry Coca-Cola cupcakes

I also worked with Duck Tape for the World Cup and made some hair bows for my group – including a video tutorial! I then went onto make a Minnie Mouse hair bow as part of the continued 100 Days of Disney.

June brings Father’s Day, so I wrote a post for my dad. I made a Father’s Day gift basket using the Cricut Explore and my hubs and step-dad to my son was in a Disney Wordless Wednesday post which I take part in each week.

I went to a California Almonds event in London with my sister, and I shared my experience of BritMums Live which was very different second time around. My husband and I went to Taste of London in Regents Park thanks to Electrolux and I shared another egg recipe as part of the summer challenge for British Lion Eggs.

June ended with a move from Blogger to WordPress, and now, six months or so on, I still haven’t updated everything on my blog. I’m planning on taking some time in January to really sort things out that were left in a mess after the move! Phew, what a month June was!

And that’s the second quarter of Review of the Year 2014 done. I have enjoyed looking back at my blog from April to June, and there are several posts that I want to go back and read properly. I use The Purple Pumpkin Blog as both a diary of our lives and a place for me to share my ideas with you. It’s lovely to look back at and be reminded of the things that we did.

The other parts of this review of the year…