If you know me in real life, you will know that I ♥ Darren Hayes, if you read my blog fairly regularly, you’ll know that I ♥ Darren, from the amount of posts (10 – I just counted!) I’ve mentioned him in! I’ve shared my experience at two of his most recent gigs at the IndigO2, London and at The Brighton Dome. I’m a fan club member and have been since he went solo after Savage Garden (the duo he was half of) split.

What I love about him is not only his music – he writes and sings from the heart – but also, his dedication to his fans. He always has time for us – on his forums, whilst performing, on Twitter, in person. I’ve seen him live in concert 7 or 8 times now, and I felt like the only one [of his fans] who had never met him in person. As much as I wanted to meet my idol, I was also apprehensive, what if he wasn’t what I’d imagined he would be like? And then my ‘dreams’ as it were, would be shattered!!

Well, I really needn’t have worried, as I finally got my chance, after 10ish years of being a fan…I finally met the man himself – and he was every bit as lovely as I had hoped! He stepped outside after his Brighton gig, as it was the last night of The Secret’s Out Tour, and met with a huge crowd of his fans. I managed to grab his attention via his PA, and as I chatted with him, he remembered a random tweet I’d sent him about my nail art that I’d done for the concert. Cringe! I really was like a 16 year old fangirl – another one of my apprehensions! 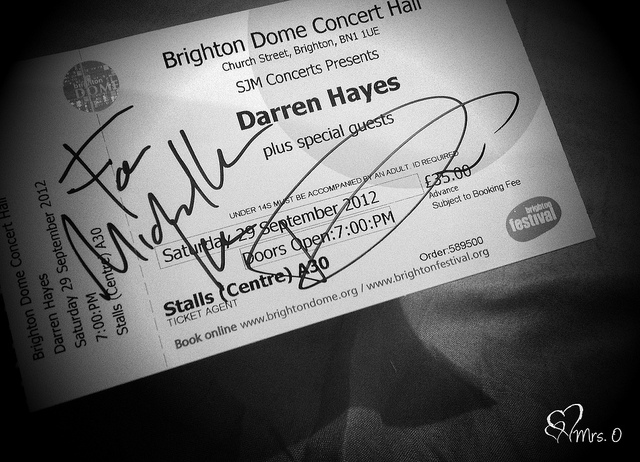 So, anyway, a while after I published my blog posts, his fanclub got in touch with me, asking if I would be okay for using some of my photographs that I had taken on his tour.

Hey Michelle,
I stumbled upon your blog and wondered if you would consider letting me use a few of your images in the next zine?
They are really lovely, especially the candids of Darren meeting fans after the show.
xx

Would I consider letting you use a few of my images? No consideration necessary!! It was an absolute honour and I said, in truest fangirl excitement…

…among other wafflings of astonishment!

In June I got another email from the fanclub touching base that they would be using some of my images and the fanzine would be out soon. So I waited. And waited – checking every day to see if it was up online yet. And, today it was!!

Imagine my shock and delight (all at the same time) to see that they used 5 of my images (taking up almost full pages!) for his Tour Diary, and another smaller image further down of him meeting his fans! Seriously, I squeeeed! I was thinking maybe one small photo would be used somewhere, so to see 6 images used, well, this was a very proud Darren Hayes fangirl moment!

Now, I’m not going to share the fanzine with you – it’s for members after all! But I’ve cropped down the images to share with you (although it’s likely you’ve seen them already on my blog!) 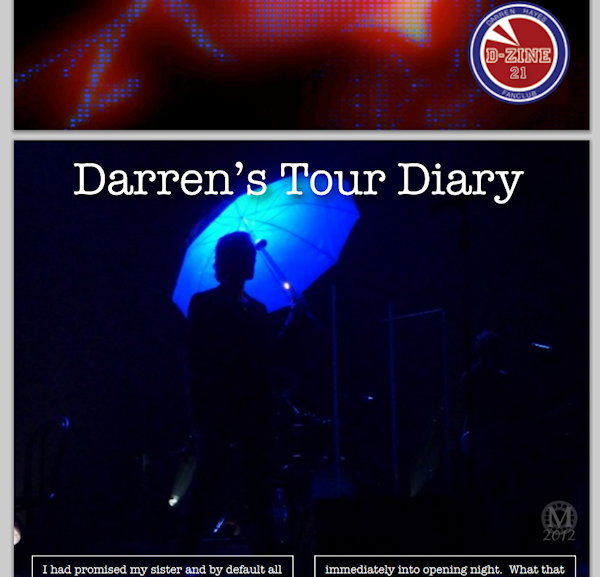 This, for me, as a passionate amateur photographer is a true honour. To see my photographs published in a fanzine for an artist whom I admire so much, whos music has taken me through some dark times in my life, well, it’s a dream come true ♥