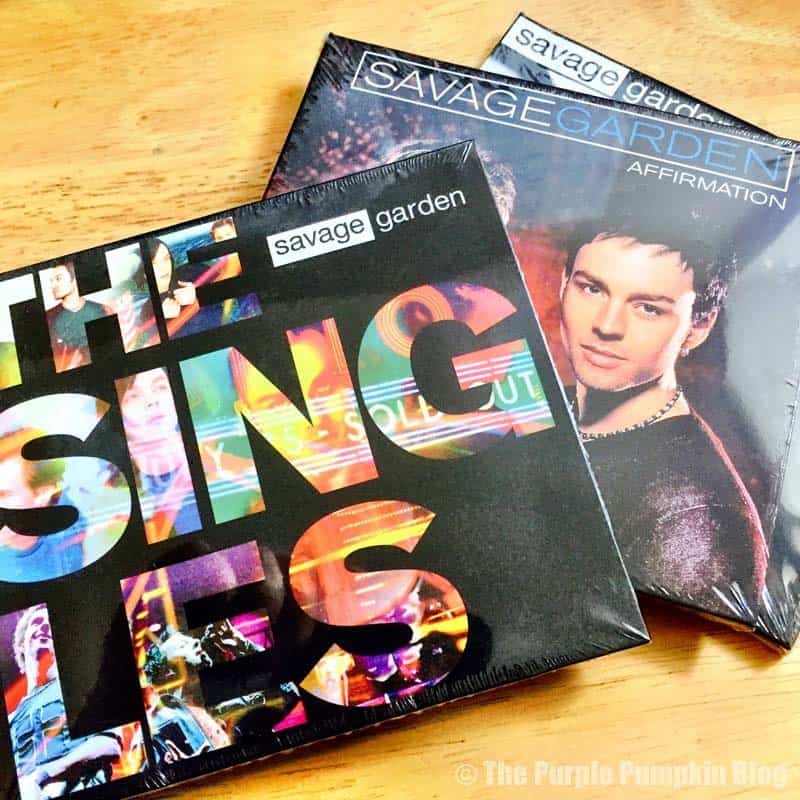 I’ve mentioned several times on my blog, my love of Darren Hayes… formerly of Savage Garden. You may remember the Australian band from the 90s – Truly, Madly, Deeply and I Knew I Loved You were two of their big hits here in the UK.

They split up in 2001, after world wide success, including a huge 80 show World Tour, the release of 2 albums, which spawned several hits (that I still get excited about when I hear them on the radio!) and 20 million plus in record sales. Savage Garden are one of the most successful duos in pop music history and among the most successful Australian recording artists of all time, winning a record number of ten ARIA Music Awards in 1997. In addition, they are the reigning record-holders for the longest number of weeks on the Monitor/Billboard Adult Contemporary Airplay charts in the US for their singles: I Knew I Loved You (124 weeks) and Truly, Madly, Deeply (123 weeks).

They have released 3 new CDs – expanded editions of their Savage Garden and Affirmation albums, and, The Singles, a CD retrospective compiling their incredible string of hits in one place, as well as accompanying film clips on DVD; and includes the previously unreleased, recently unearthed 1994 demo recording ‘She’.

When I saw this news on Savage Garden’s Facebook page, I immediately went over to their store to buy all three CDs! And I did a very happy dance when they finally arrived! It’s been a while since I listed through all of Savage Garden’s tracks – I tend to stick to Darren’s solo work these days, but oh, the wonderful sounds of the band hit me full of nostalgia for the first time I listened to the songs. I was very late to the game as far as being a fan is concerned… a pen pal of mine said they were awesome, so I bought their CDs and fell in love with their sound from the moment I heard them! I was gutted to have never seen them on tour, but at least I’ve seen Darren (several times), and even met the man himself! I am truly a fan girl of this Aussie!

It’s been ages since I did a Sunday Sounds post, I’m quite flaky, but I’m going to try and stick to it each week… maybe..! And since I can’t just pick my favourite song, it’s impossible, but I’ve decided to share my top 10 favourite Savage Garden singles. That means there is room for another post, as there are lots of album tracks I love too! So, I thought, from time to time I’d compile a list of my favourite thing in another series called Top 10s!


It was quite hard to put my favourites in order – #1 has always been, and will always be #1; but so close with #2, which I remember playing over and over on the radio, and it made me fall in love with Darren’s voice; and #3 was played at our wedding when we signed the register…