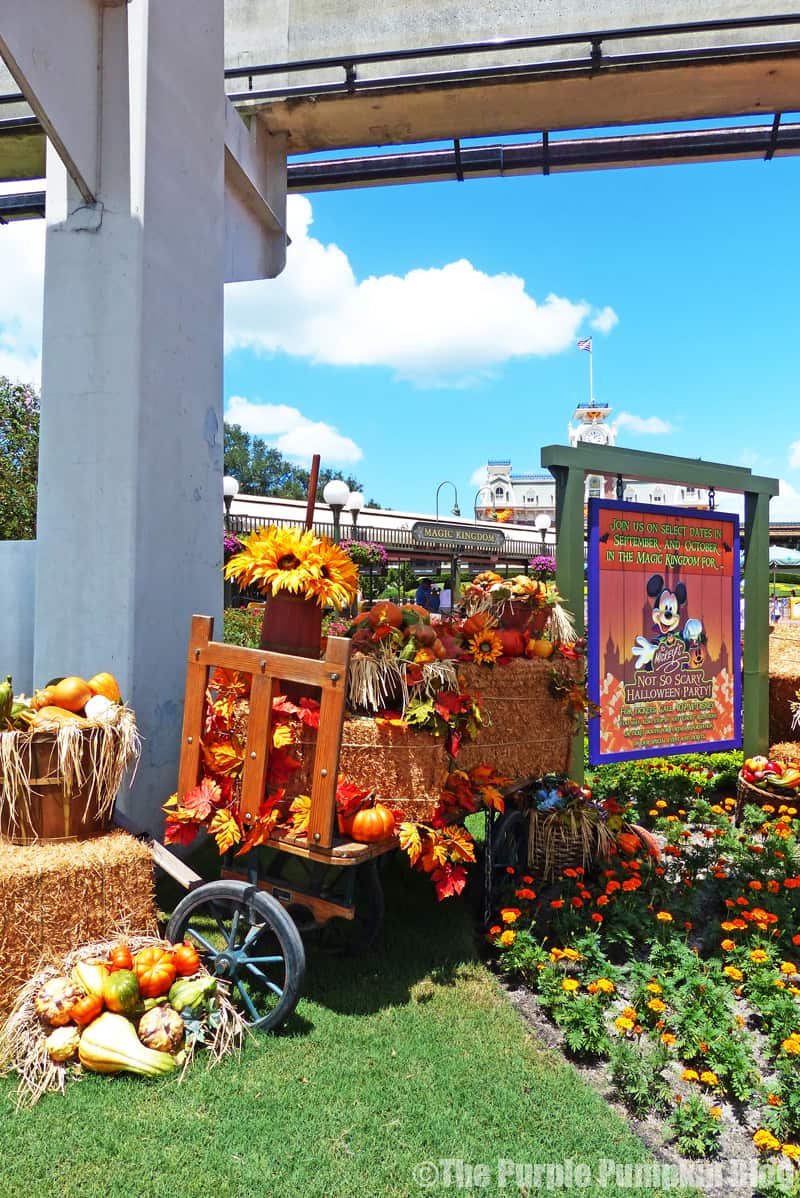 So, here we are… the 100th day of 100 Days of Disney 2015!!!!!!! That’s 100 blog posts about all things Disney, for the past 100 days. I hope you have enjoyed what I have shared this year! Writing about Disney every day hasn’t been too hard – I love Walt Disney World and all things Disney, so it was a joy each day… that’s not to say it’s not been a struggle though, committing to 100 of anything is going to be a difficult task, I hate letting myself down, and even more, I hate letting you, my readers down! At the bottom of this (and every 100DoD post) are the links to all of the themes, so you can find them easily any time you like.

Now, unless you’ve only just stumbled upon my blog, you shouldn’t have failed to notice that we are headed to Walt Disney World very soon… just in time for Halloween! Going to Orlando at this time of year is perfect, as it combines two of my favourite things – Disney and Halloween! I didn’t quite manage to finish my Halloween in the Wilderness 2015 Disney Pre-Trip Planning Report, which believe me, annoys me a LOT. Perhaps one day I’ll retrospectively write them…

The thing we are really looking forward to is Mickey’s Not-So-Scary Halloween Party at Magic Kingdom on 31st October. I couldn’t go all the way to Florida for Halloween and not go on the big night itself, could I?

We have never been at this time of year before, and so, have never been to Mickey’s Not-So-Scary Halloween Party (MNSSHP). I know some things about it – like Mickey’s “Boo-To-You” Halloween Parade, and the HalloWishes fireworks – both of which I have heard are AMAZING, and probably the best parade and fireworks at Walt Disney World. I also know that there are certain characters that only come out at the parties – Jack Skellington and Sally from The Nightmare Before Christmas for example. (Don’t forget to check out my free The Nightmare Before Christmas party printables I created this year for Crafty October) 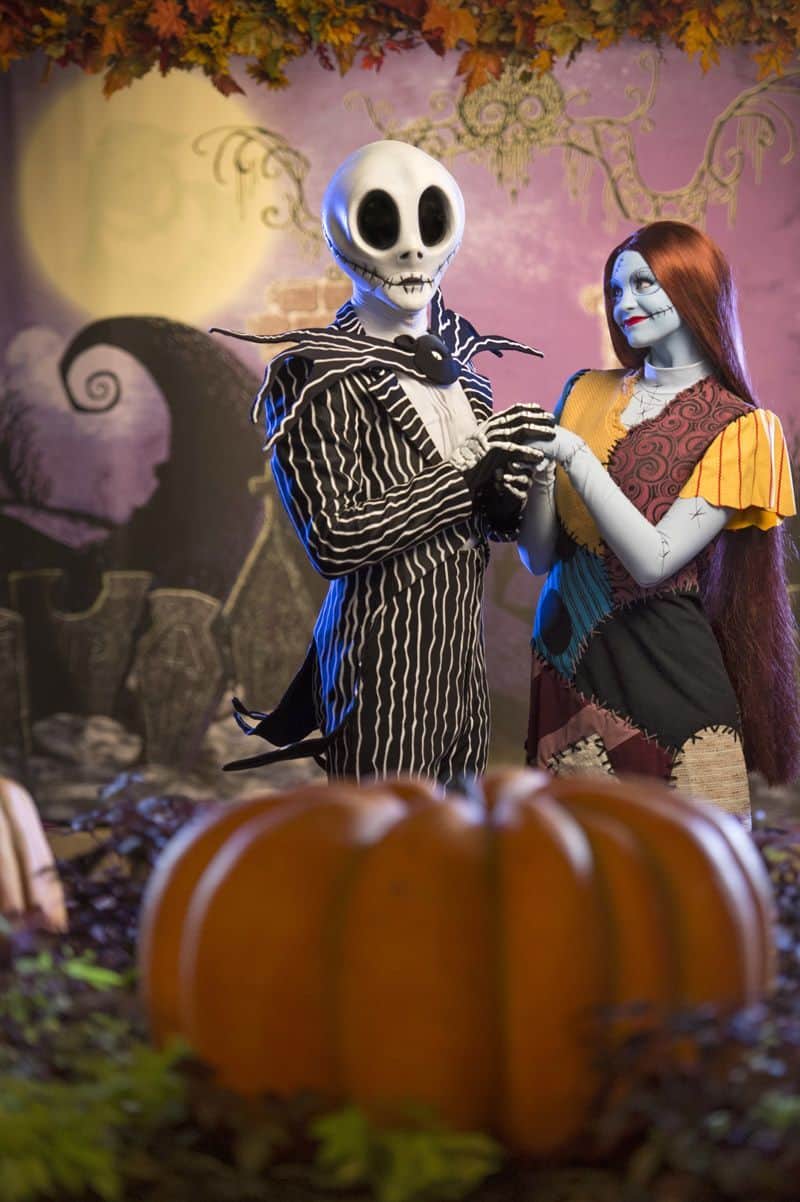 What is Mickey’s Not-So-Scary Halloween Party?

MNSSHP is a family friendly special event, separate from regular Magic Kingdom Park admission.It requires the purchase of a ticket for the party which runs on selected nights during September, October, and November (Sept.15 – Nov. 1, 2015) The party officially starts at 7pm till midnight, but you can enter the park from 4pm. Tickets cost $74 adults (10+) and $69 children (3-9). Theme park admission is not included in the price of the ticket, the ticket only covers your party entry.

This is the one night that adults can dress up in costume…and you can go trick or treating! Of course, children can too! There are trick-or-treat locations dotted around Magic Kingdom where you can fill your goodie bag with candy and chocolate. I’ve heard that the quietest times are towards the end of the evening – which also saves having to carry all of that candy around! You can check out the 2015 Trick-or-Treat map here.

The 3 mischievous Sanderson Sisters decide to use their magic to host a decidedly wicked fun fest.Enlisting the help of the Disney Villains, Winifred, Mary and Sarah mix sinister shadows and terrifying nightmares to conjure the ultimate Hocus Pocus Party Potion—and cast a spell on everyone in Magic Kingdom park! Look for appearances from Dr. Facilier, Oogie Boogie and Maleficent. Combine them and other great Disney Villains with amazing dancers, wild visual projections and otherworldly special effects to make Hocus Pocus Villain Spelltacular a new, not-to-be-missed Halloween treat! – Walt Disney World

The show is performed on the Castle Forecourt Stage. 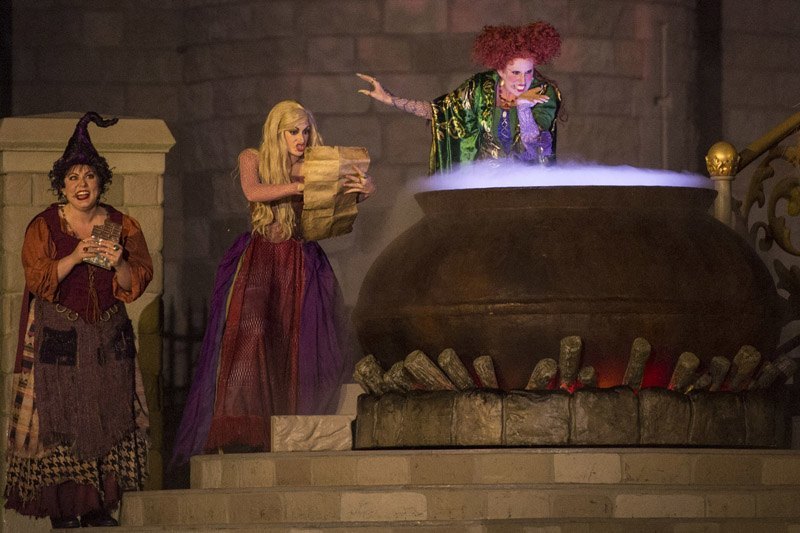 The grandmaster of this bone-rattling parade has truly lost his head! A hair-raising ride by the Headless Horseman himself begins the festivities, followed by a collection of frightening floats featuring Disney Characters in Halloween costumes. Get ready for the grave diggers! The Haunted Mansion stars in this delightful parade. It’s really not so scary—just fiendish fun! – Walt Disney World

The Ghost Host from the Haunted Mansion invites you to “drop in” as Disney Villains light up the night with fireworks and a wicked version of melodies from Disney’s past that echo through the night— and creepy colors crawl over Cinderella Castle. The “scare-abration” gets into full swing when some of Disney’s most celebrated (and hated) villains—including Maleficent, Ursula, Cruella de Vil, Jafar and Oogie Boogie— croon their scary tunes and do their best to steal the show. – Walt Disney World

Since some of these characters only come out for Mickey’s Not-So-Scary Halloween Party, I know we’ll be making a beeline for these first. Learning our lesson from the Villains Unleashed event in 2014, we will be lining up in advance for some of these. Top of my list is Jack Skellington & Sally, the Seven Dwarfs, Lotso, and the characters in their *Halloween costumes! We’ll soon find out if we managed to see them all!

“Booook” special viewing locations for Mickey’s “Boo-To-You” parade and Nighttime Spectacular fireworks, plus sweet treats! At a table draped in black tablecloth with a flickering Jack-O-Lantern, dine on Halloween-themed cupcakes and desserts prepared that same day by our pastry chef, with sweet treats like chocolate-dipped strawberries, chocolate mousse, ice cream and fresh, seasonal fruits and cheeses. Make a toast to the best ghost at your table with sparkling cider or lemonade, hot chocolate, coffee or tea, and then marvel as the sky above explodes with color, music and light! The Happy HalloWishes Dessert Premium Package costs $69 for adults or $39 for children (ages 3 to 9) which includes tax. A separate Event Party Ticket is also required, and is not included in the price of the package. – Walt Disney World

This is quite a pricey add on – and if we could go twice to the MNSSHP, I think I would pay out for it, just so I could say “we did it”, as I like for us to experience all that we can for ourselves and formulate our own opinions. I feel we would miss out on other things if we only had one night at the party, from opinions I’ve read online.

There are some treats that are only on sale during one of the parties. I wrote about it here. Additionally, there is also some merchandise that is only on sale during the party. You just know we’ll be making sure to try these treats out, and purchase that merch!

There are other things too, including the Cadaver Dans (who are the Dapper Dans by normal day!), ride the rides (although, that’s not a priority for us – except Haunted Mansion), get a Magic Shot by a Disney Photographer, which include holding the poison apple in the castle hub; the Mansion Ghost at Haunted Mansion; and the Hitchiking Ghosts between Peter Pan’s Flight and Columbia Harbor House.

And if you are a blogger, don’t forget that the 100 Days of Disney – The Blogger Linky there is still till midnight to join in… after that, it’ll be closed until I run another 100 Days of Disney series! All blog posts linked up will still be there, so please do go and check them out!

Unwatermarked images courtesy of ©Disney, Ali Nasser, Charlie Champagne, David Roark, Kent Phillips, Todd Anderson. I’ll be adding in my own, once we have visited!