We have been to Walt Disney World 3 times, but have only ever seen the Main Street Electrical Parade once – on our very first trip in 2011. It’s lovely parade, full of twinkling lights and a jaunty tune (which does get a bit monotonous from what I remember!) I hope we get the opportunity to watch it this year when we go, as it would be nice to see if my photography skills have improved! It was very hard to take photographs of! But they are my photographic memories, which I’ll share below, with the video (in two parts) of the parade that we saw in 2011. 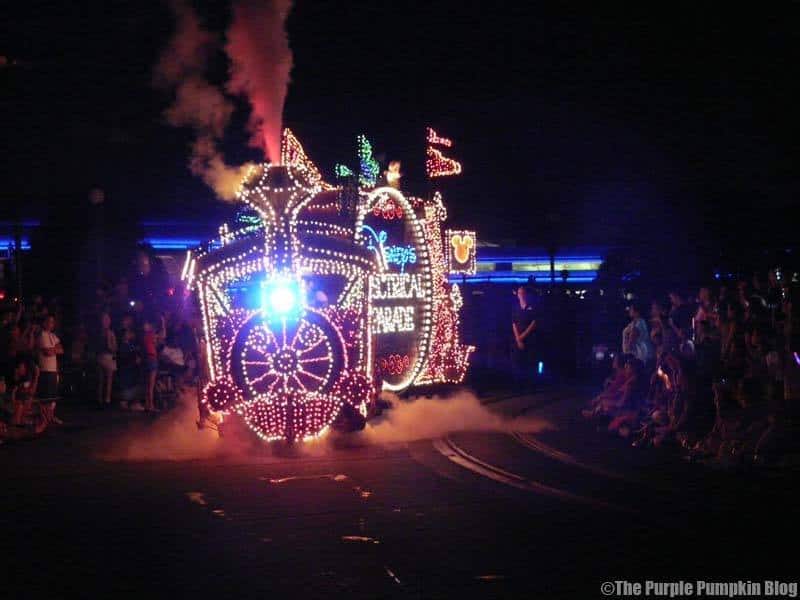 Fun-loving and feisty, Tinker Bell orchestrates the magic, lighting the way with a wave of her wand. Half a million shimmering lights are carefully synchronized to a memorable soundtrack to create this moving musical spectacle which lasts over 20 electrifying minutes.

Come wave to the adorable denizens of Wonderland, Never Land and many classic Disney tales. Watch for characters such as: Alice in Wonderland, Pinocchio, Cinderella, Pete’s Dragon Elliott, Snow White and the Seven Dwarfs, and more!

In addition to beloved Disney characters, rejoice as dancers and all kinds of critters pass by in this amazing parade, ending with a unique American tribute featuring dancing patriots and a majestic bald eagle fashioned from brilliant golden lights.


Since 1972, this sparkling spectacle has been accompanied by a bouncy tune that will have you tapping your toes! Called the “Baroque Hoedown,” the tune was penned in 1967 by electronic music pioneers Jean-Jacques Perrey and Gershon Kingsley. The most recent arrangement features a richer sound produced in part by the latest innovations in audio technology. – Walt Disney World