Welcome to Day 62 of 100 Days of Disney here on The Purple Pumpkin Blog! Be sure to check out all of the other posts in this series, and if you would like to share your own Disney blog posts or pictures, make sure you check out the #100DaysOfDisney Link Party!

It’s another Saturday during #100DaysOfDisney so it’s time for Saturday Night At The Disney Movies!

I can’t write these posts each week without mentioning Disney’s newest classic – Frozen. The film that has done about a kagillion times better than Disney ever imagined, that has got guests lining up for 5 hours to meet the characters at Walt Disney World, that has spawned lots of song parodies, and that I also think is one of the best movies that they have made. And that’s mainly for the songs, which I believe has always been Disney’s forte! 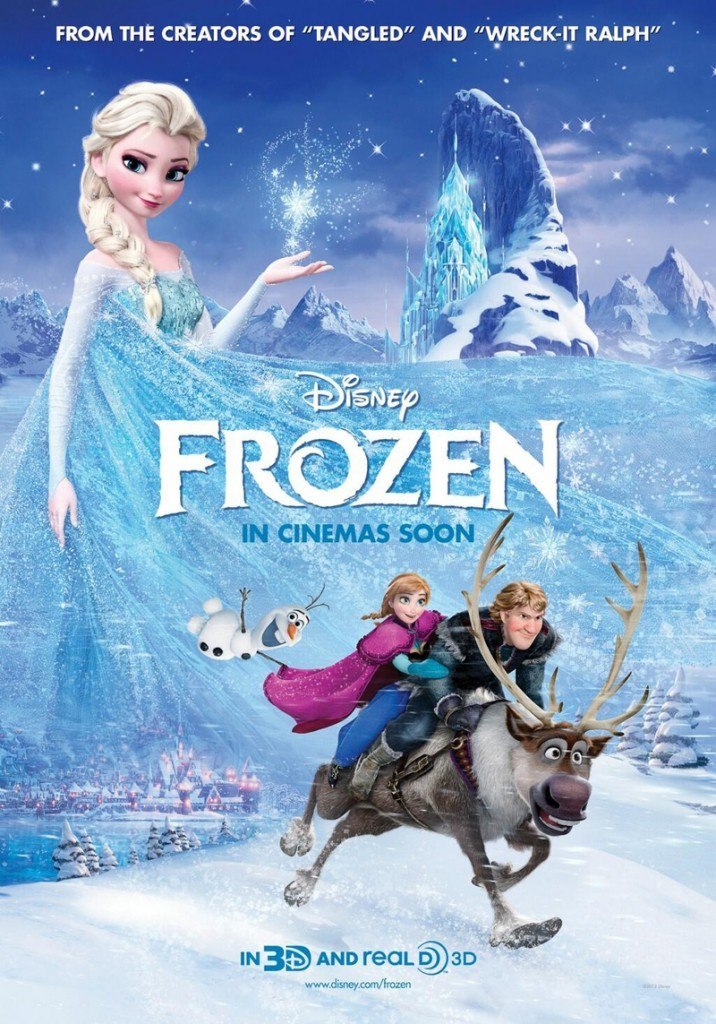 I’m pretty sure everyone and its mother has seen this movie, but in case you haven’t, here is the basic outline of the plot!

Elsa & Anna are two princesses of the Kingdom of Arendelle. They are the best of friends, but, Elsa, who has got special powers to produce ice and snow and freeze things accidentally injures her sister. Fortunately, Anna can be healed by the Troll King after her parents, the King and Queen take her to them for help. The Troll King warns, that he could do it this time because it wasn’t her heart that was frozen…


Elsa’s parents decide to keep her and Anna separated as they grow up, to hide her powers – conceal, don’t feel…as time goes by, and the girls grow older, the King and Queen go on a sea voyage, from which they never return. This means Elsa has become the Queen and at her coronation party (after the ceremony which goes off without a hitch, which she was really worried about),  she and Anna have an argument (after Anna meets and falls in love with Prince Hans). Elsa’s frozen powers are revealed and she runs off into the forest, putting the Kingdom of Arendelle into a deep freeze.

Anna goes after her, leaving Hans to take care of things. She meets Kristoff, an ice seller (yeah, tough biz in the current climate!) and his reindeer Sven. They help Anna to find Elsa and to try and persuade her to unfreeze the kingdom. Along the way they meet Olaf – a talking snowman.

When they find Elsa in her newly constructed ice palace, Anna tells her what she has done, and Elsa doesn’t know how to stop her powers. She lashes out and freezes Anna in the heart…Kristoff takes her to the Trolls, and the King tells them that the only thing that will fix it, is an act of true love. Without that, Anna will become frozen solid forever…

You really have to watch now to find out what happens next!

Why I Love Frozen…

Have you watched Frozen? Do you have a household obsessed with it?!
Day 62 of #100DaysOfDisney is done – 38 to go!
Come back tomorrow for another Disney related blog post!