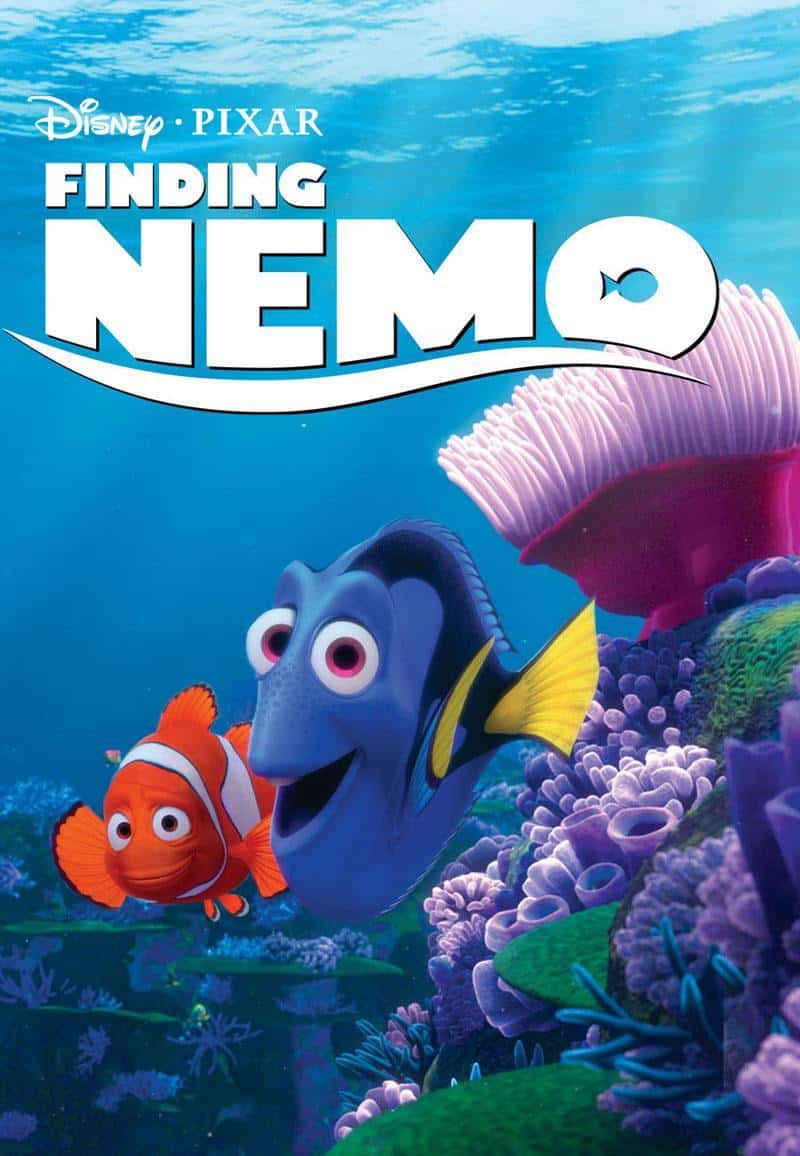 The first movie I’m writing about in 2015’s 100 Days of Disney is a favourite of mine – Finding Nemo. Although, to be fair, pretty much all of Disney’s and Disney Pixar animations are favourites of mine! I love writing these posts as I get to research a little bit deeper into the movie, with some stats, facts and trivia, share reasons why I love the film so much, and tell you the story – leaving out some of the plot, just in case you haven’t seen it!

Nemo is a young clownfish, he lives in the ocean with a very over-protective father, Marlin. Nemo has a smaller right fin, and his swimming abilities are a little bit limited – which is why his dad worries so much. He worries that Nemo can’t do things, and is scared of anything bad happening to him – I’m sure most dads (and mums) can relate to that!

Nemo finally is allowed to go to school, and on his first morning is taken on a field trip, by the class teacher, Mr. Ray. During the trip to the reef drop-off, some of Nemo’s classmates – Pearl, Tad and Sheldon, are daring each other to go and touch the boat (or rather, the butt, as they call it!) that can be seen further out off the reef. Marlin warns him to not to touch the boat and embarrasses him, so Nemo defies his dad, and goes to touch the boat. Feeling quite proud of himself, Nemo confidently swims back towards the reef, but is captured by a diver. 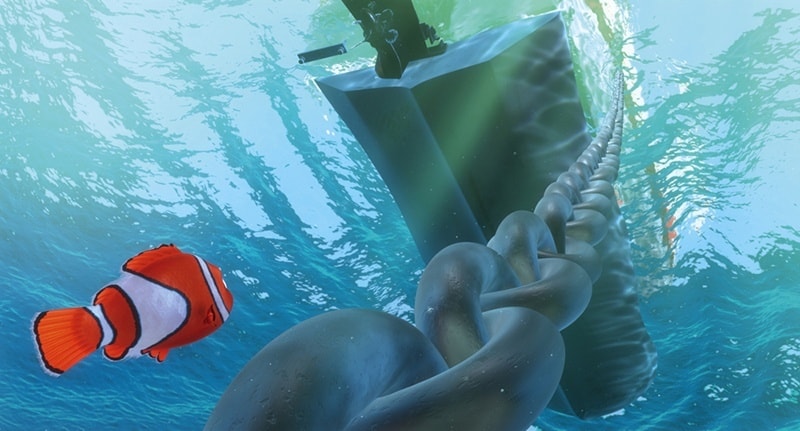 Marlin is beside himself as the boat motors off, and stars swimming frantically after it, but is blow away by strong a jet of water. Fortunately a diving mask falls into the sea from the deck and Marlin knows that, that is the key to finding his son. Along the way, he meets Dory, a good hearted, optimistic, but forgetful regal blue tang fish. She says she will help him find his son, and that she knows how to read. She eventually reads the address on the diving mask: P. Sherman, 42 Wallaby Way, Sydney.

Marlin and Dory get into some pretty scary and sometimes exciting, situations, including meeting 3 sharks Bruce, Anchor and Chum- who are rehabilitating themselves to not eat fish, get caught up in a mine explosion, swim down into a deep trench, get chased by an anglerfish, meet a school of moonfish, get caught up in a swarm of jellyfish, and ride the currents with sea turtles, including Crush and his son, Squirt. Marlin’s epic adventure to find his son, gets spread far across the ocean. 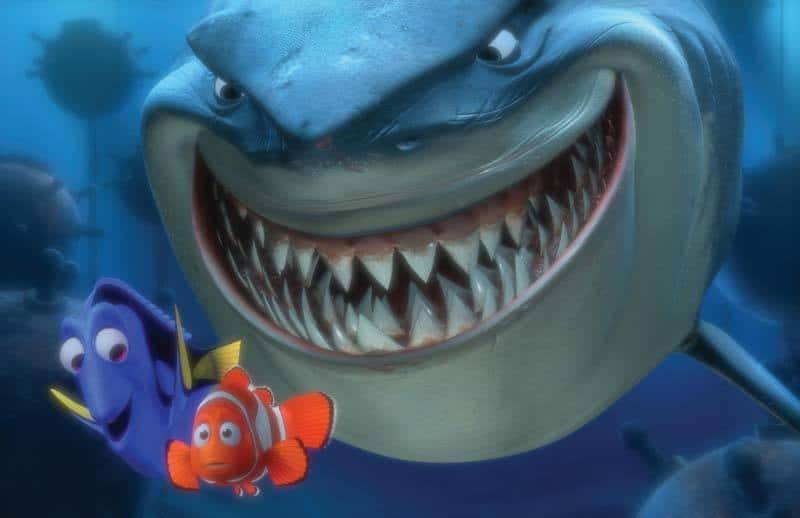 During that time, Nemo is placed in a fish tank with some other fish – Gill, a moorish idol who has a broken fin; Bloat, a puffer fish;  Bubbles, a yellow tang; Peach, an ochre starfish; Gurgle, a royal gramma; Jacques, a pacific cleaner shrimp; and Deb, a blacktailed humbug.

Nemo’s captor – Phillip Sherman – is a dentist who has caught the tiny clown fish for his niece, Darla. Darla is always ends up killing the fish she receives by shaking the bag that they are in, causing them to go belly up. The tank gang, initiate Nemo into the fold, and set about trying to help Nemo to escape so that he can reunite with his dad.

Marlin and Dory, meanwhile, take a ride in a blue whale to Sydney Harbour, and then meet Nigel, a pelican, who knows Nemo. He takes Marlin and Dory to the dentist office… but are they too late?

Hey. You guys made me ink. – Pearl

[gasp] He touched the butt. – Sheldon

You think you can do these things, but you just can’t Nemo. – Marlin

[swims up quickly to Marlin, giving him a hug] Love you, Dad. – Nemo

Why I Love Finding Nemo