Festival of the Lion King 30/#100DaysOfDisney

Home » Everything Disney » Festival of the Lion King 30/#100DaysOfDisney 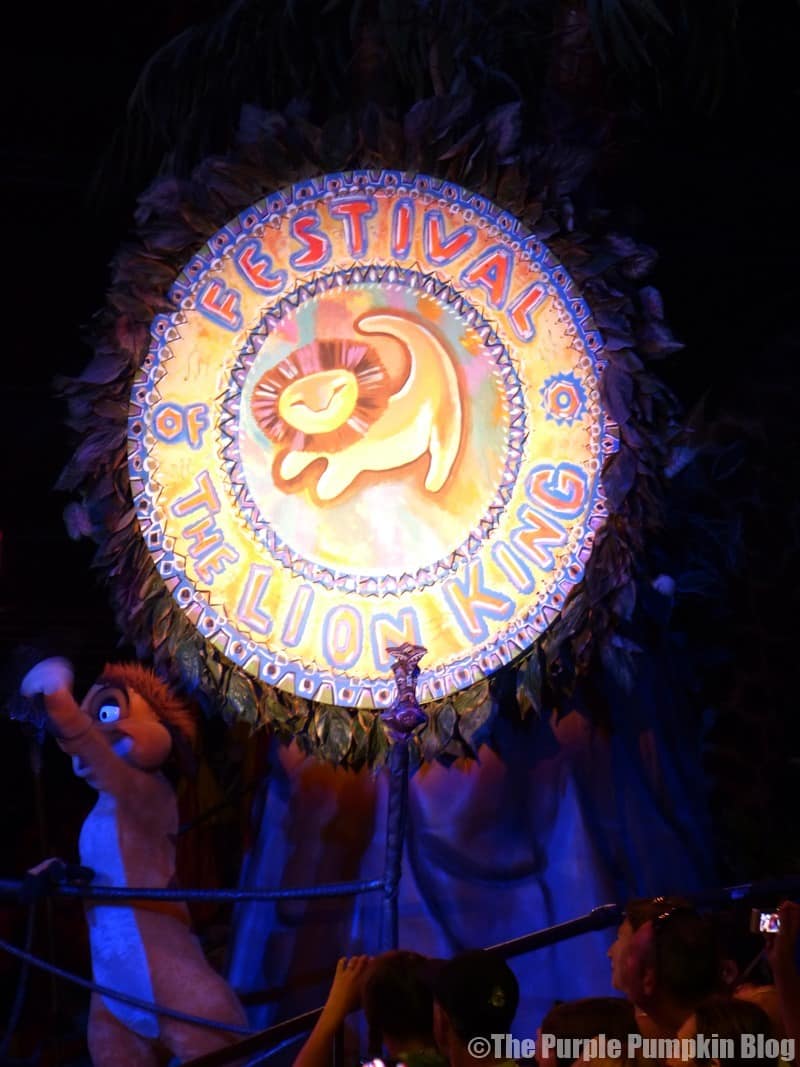 Festival of the Lion King, an original interpretation of the Disney animated film The Lion King, is a live stage musical performed in Disney’s Animal Kingdom at Walt Disney World, Florida and in Adventureland at Hong Kong Disneyland. The show uses songs, dance, puppetry and visual effects to portray a tribal celebration in an African savanna setting filled with lions, elephants, giraffes, birds, zebras and gazelles. In this theater environment, Festival of the Lion King is a traveling celebration presented by Simba and his friends (including a band of four human singers). The show is in the form of a revue, and not a condensed version of either the film or Broadway show. The show features Elton John and Tim Rice’s award-winning music from the movie. – Wikipedia

So that’s Wiki’s description, but there is only one word I used to describe Festival of the Lion King, and that is “FANTASTIC”.

Now, I’m biased, in that The Lion King is one of my favourite Disney Movies, and that I LOVE the music and songs from the film. I’ve also seen the London stage version of it too, which is fab. Festival of the Lion King doesn’t tell the story of [the film] The Lion King, so if that is what you’re expecting, you would be disappointed… but you will not be disappointed with the show itself which is vibrant, fun, unique and uplifting.

There is a pre-show, with each tiered section of the audience having to take on the form of an animal, by making the noises of either a warthog, elephant, giraffe or lion. Me, I always hope to sit in the warthog section, because PUMBA! One of my favourite Disney sidekicks! During the show, the audience is prompted to join in, and are represented by floats, which you can see above – a mixture of photographs I’ve taken from our three trips (2011, 2013 and 2014) – and were originally built for Disneyland’s The Lion King Celebration parade.

The show is presented by four performers, dressed in African inspired costumes. Each has a Swahili name: Kiume (meaning “masculine and strong”), Nakawa (meaning “good-looking”), Kibibi (meaning “princess”), and Zawadi (meaning “the gift”).

During the show you are treated to acts such as The Tumble Monkeys, an Adagio (acrobatics) featuring performers dressed as birds Maji and Moto (Swahili for water and fire), a fire knife hyena, and an ensemble cast of dancers, puppeteers, and stilt walkers. So there is nothing short of entertainment during this show.

The Festival of the Lion has been relocated to the Harambe Theatre, in new area of the park, after its existing location (Camp Minnie-Mickey) was turned over for an expansion to the Animal Kingdom theme park.

The show is performed several times a day, has a run time of 30 minutes, and is available as a FastPass+ selection. Keep scrolling for one of our videos (in two parts) of Festival of the Lion King at Walt Disney World.

Have you seen Festival of the Lion King?