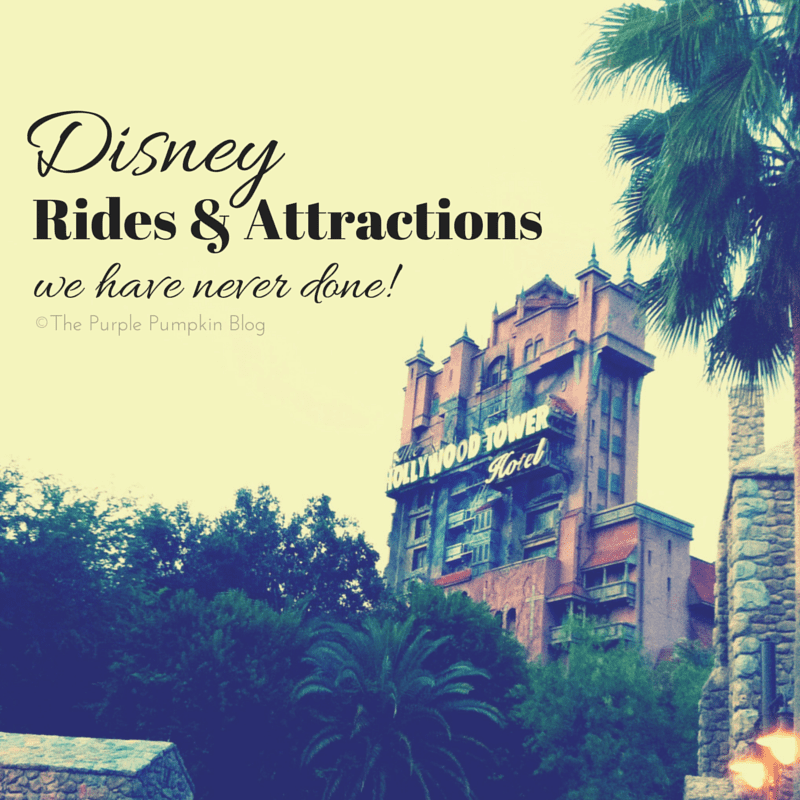 There is so much to do at Walt Disney World, it can never been done in just one trip… or even several! We’ve been on holiday to Orlando 3 times now, (2011, 2013, 2014), and there are several things we have yet to do – even whole areas of theme parks!

Today I’m sharing a list of the rides and attractions we have never done… but want to! We may get a chance on our next visit in October 2015 – only time will tell! Several of these are kids rides (especially in Magic Kingdom), which is why we’ve not been on them – the lines are often very long, and we are off doing something else! Other rides, for me as a plus-size girl, means that I worry about fitting safely or comfortably (marked with *).

So, which Disney rides and attractions should we definitely make time for on our next trip? Are any of your favourites on our “haven’t done yet” list?