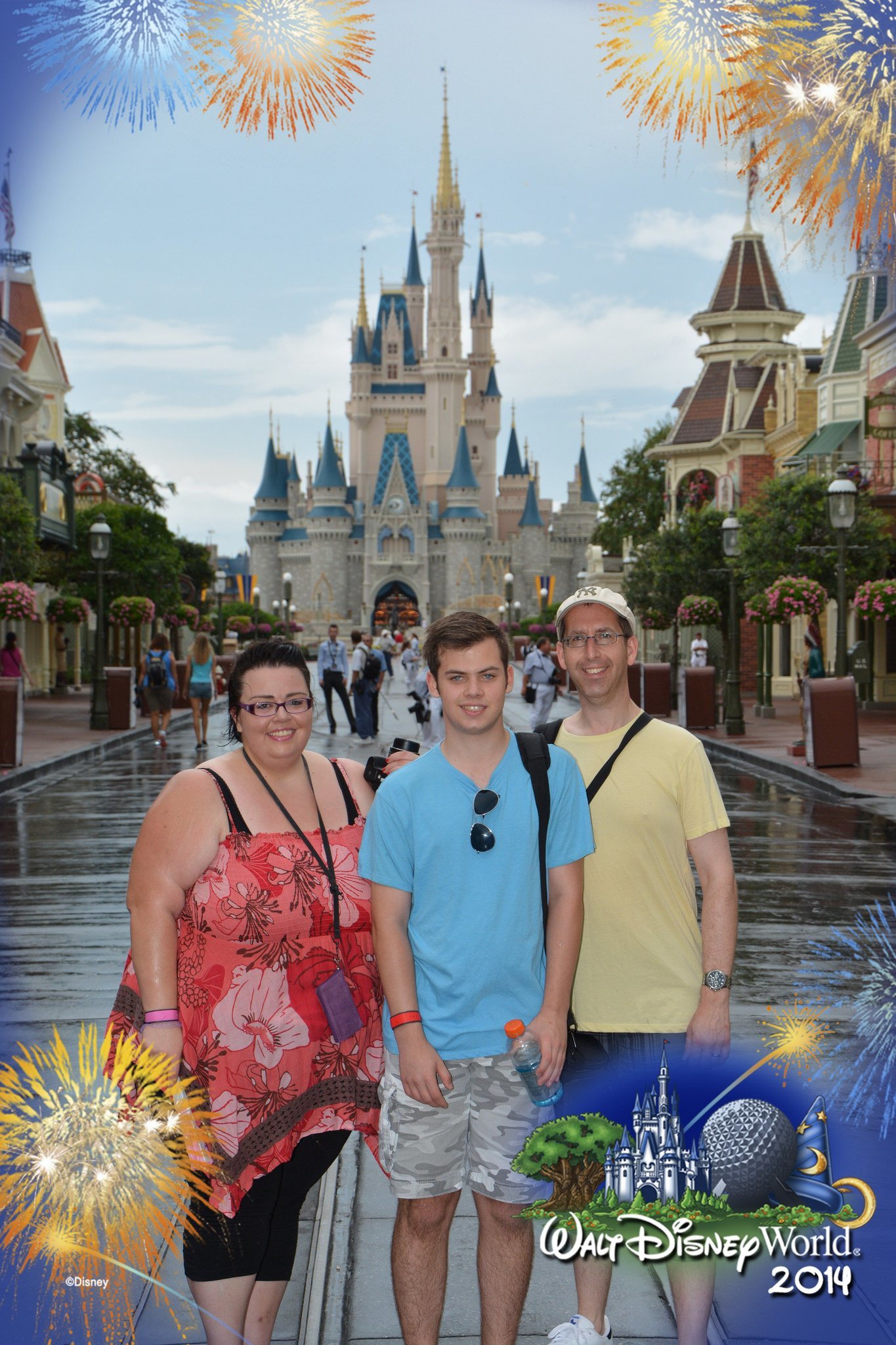 There’s him, Steve, aged 41. Chief keeper of documents, navigator, packhorse and videographer. His mission on holidays is usually to eat ALL the food! He loves his grub, and quite frankly, I don’t know where he puts it all!

There’s the boy, my son and Steve’s stepson, Liam, aged 15. Despite his increasing age and my fear about it all being too babyish for him, he loves going to Orlando and can’t wait to be back! He really gets involved with meeting characters and because of that, we always end up having a right laugh with the characters we meet. He eats a LOT, again, not sure where he puts it, and we’re going to be making the most of the dining plan on our 2014 trip with him!

You can read our Pre-Trip Report here and Third time’s a charm – our highs, not so highs and some lows here.

If you’ve read my previous trip reports (Back to the Magic, August 2013 The First Time, August 2011 & Disneyland Paris, August 2010), you’ll know that my reports are photo heavy…you have been pre-warned! You’ll find all of my photo albums from this trip in my Florida 2014 Collection on Flickr.


I took this year’s photographs predominantly on my Panasonic Lumix DMC-FZ200, as well as a few on my iPhone5 (all of those are on my Instagram). Waterpark photos were on my new Panasonic Lumix DMC-FT5. Hubs did videography this year on a Panasonic V720. I’ll be uploading videos to my YouTube channel. Any photo editing is done with Paint Shop Pro X3, Photoshop CS5 or Camera+.

It’s gonna take me a while to go through photos (I took 8000 ) delete the rubbish ones, edit the good ones, put them into collages, gather my thoughts, write the report and publish them, but I will work through as quickly as time allows me!

I have worked out each day’s title, and here is what you can expect from my Dine Around Disney 2014 Trip Report. I will add links to each report as I write and share them!

Day 2 – Practically Perfect In Every Way: