It was another early morning for us so we could get to Epcot for our breakfast ADR. We parked the car and walked through Future World towards World Showcase and the Norway Pavilion as our reservation was at 8:30 at Akershus Royal Banquet Hall. 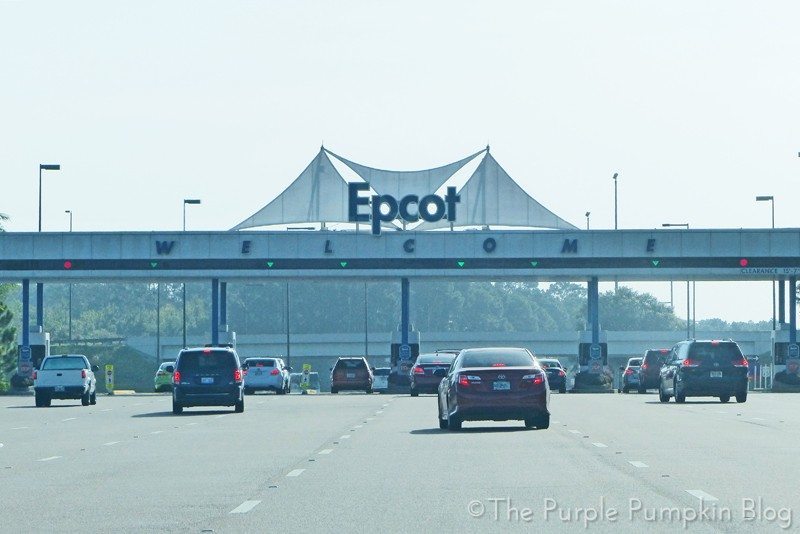 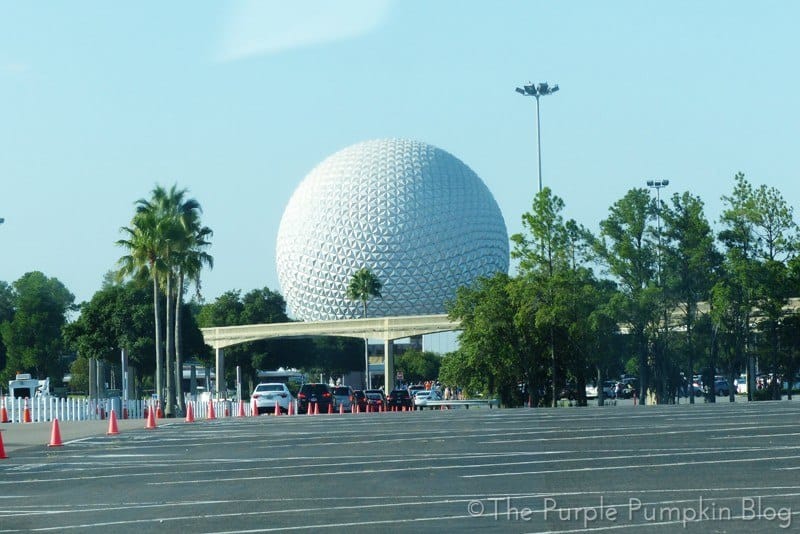 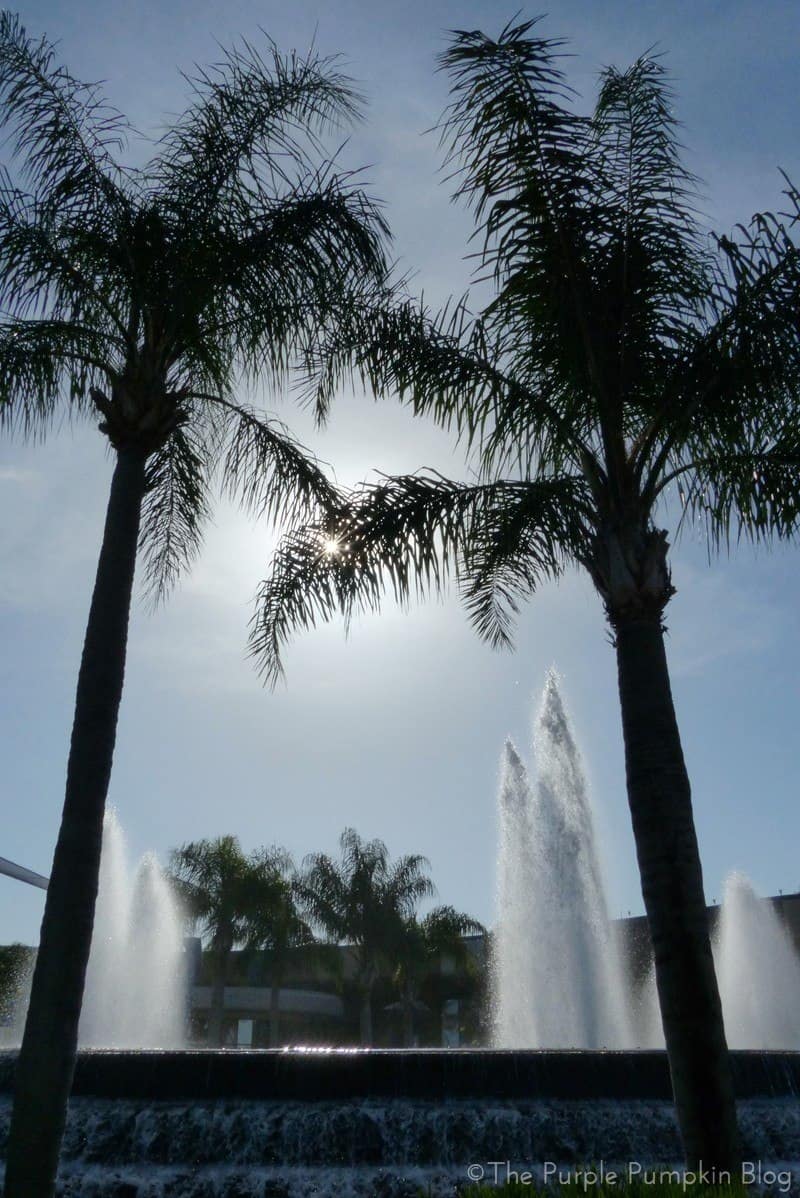 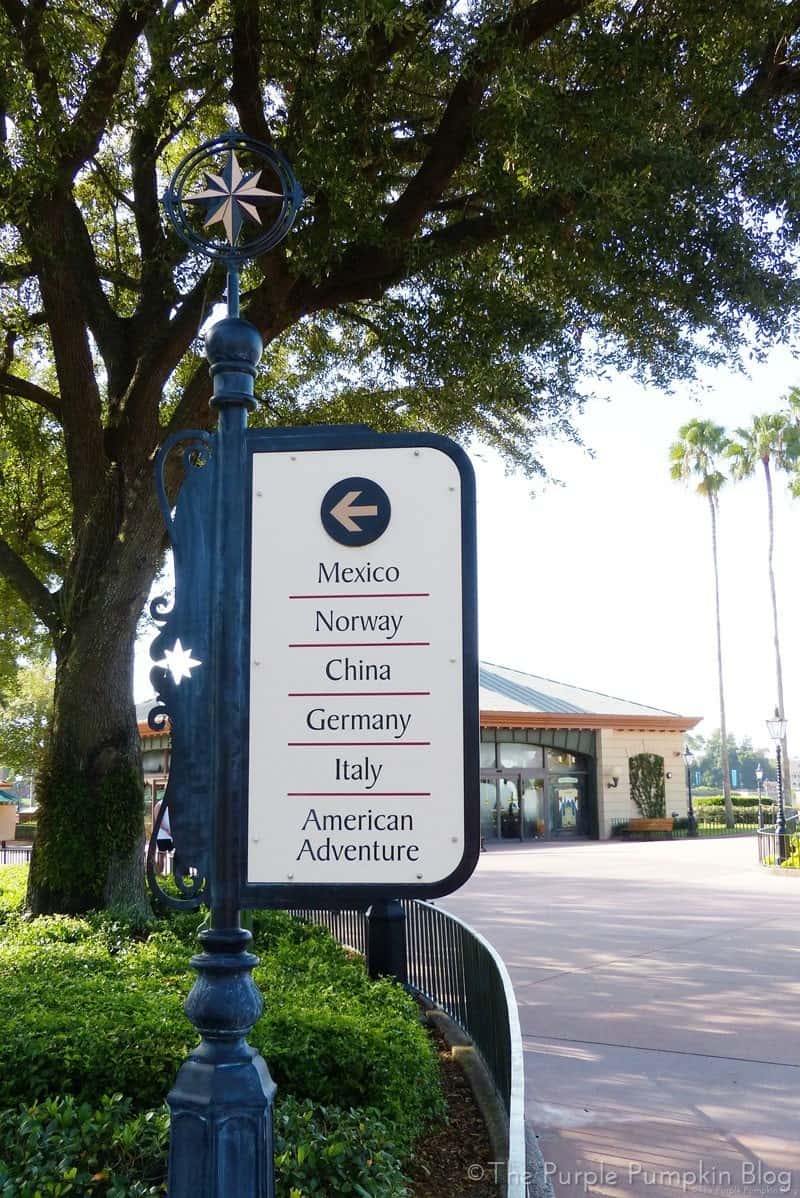 Since we were quite early, we stopped to admire an empty World Showcase, before going to check in for our reservation. I remember having to line up for this, and then waiting a while before being called in to our table. 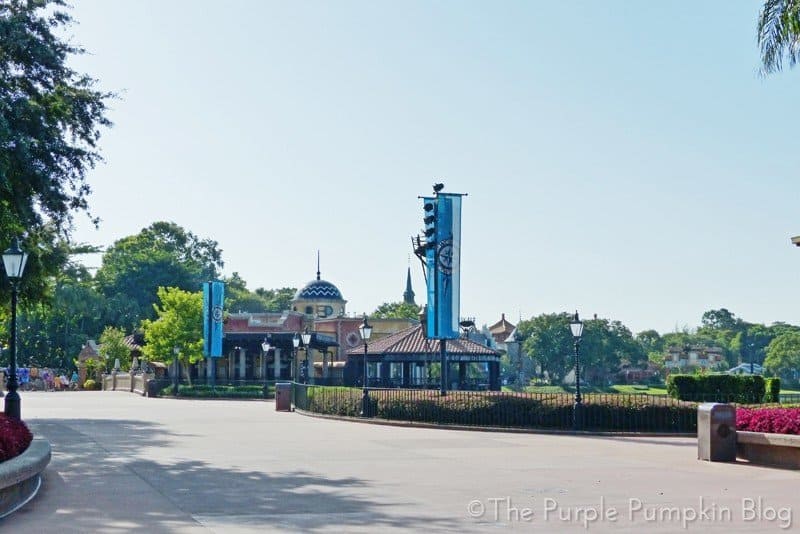 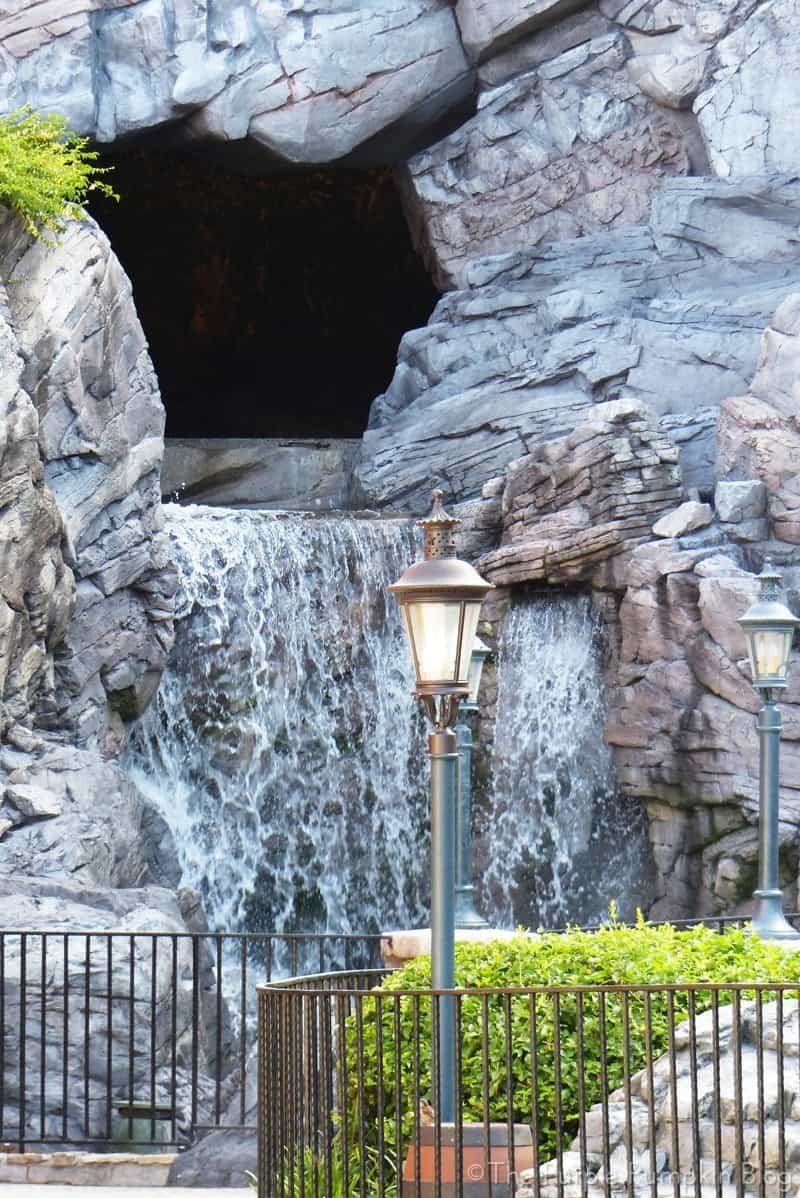 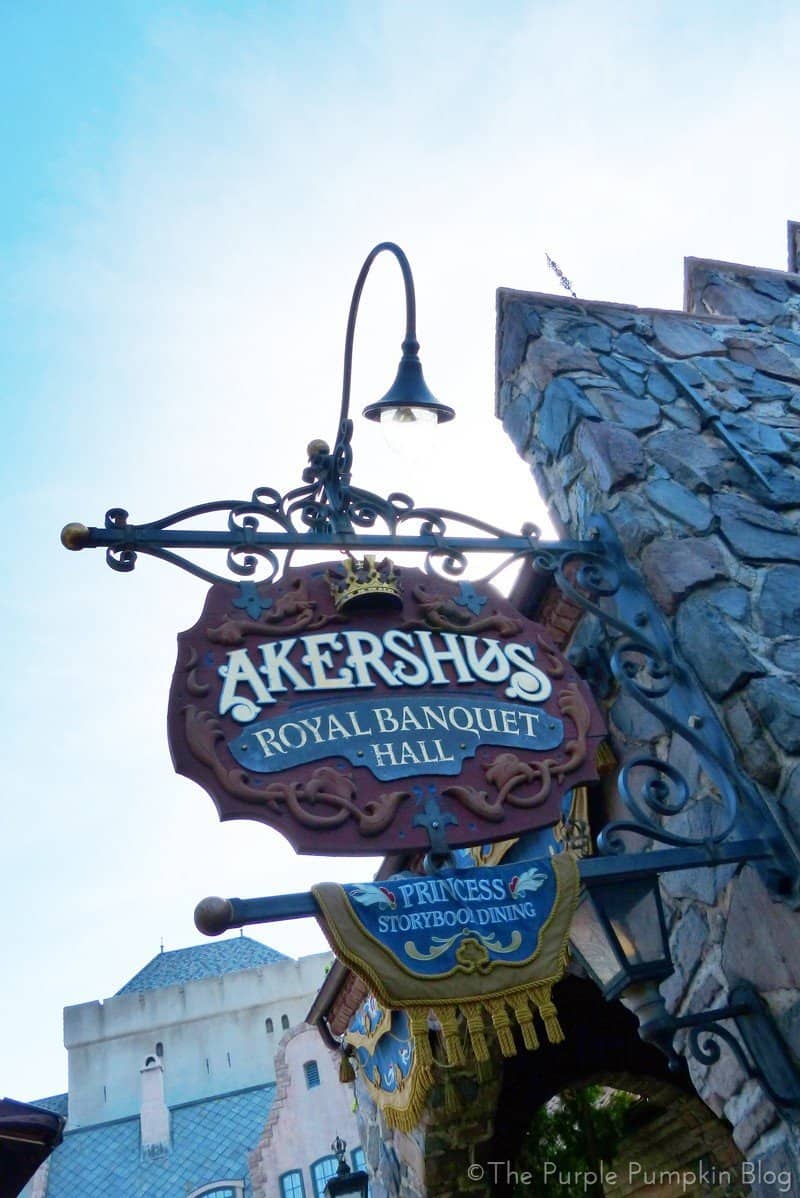 We were then called in and had a photo op with Belle before being led to our table. She had a chat with Liam, signed our autograph book, and my boys posed with her before we were ushered on. 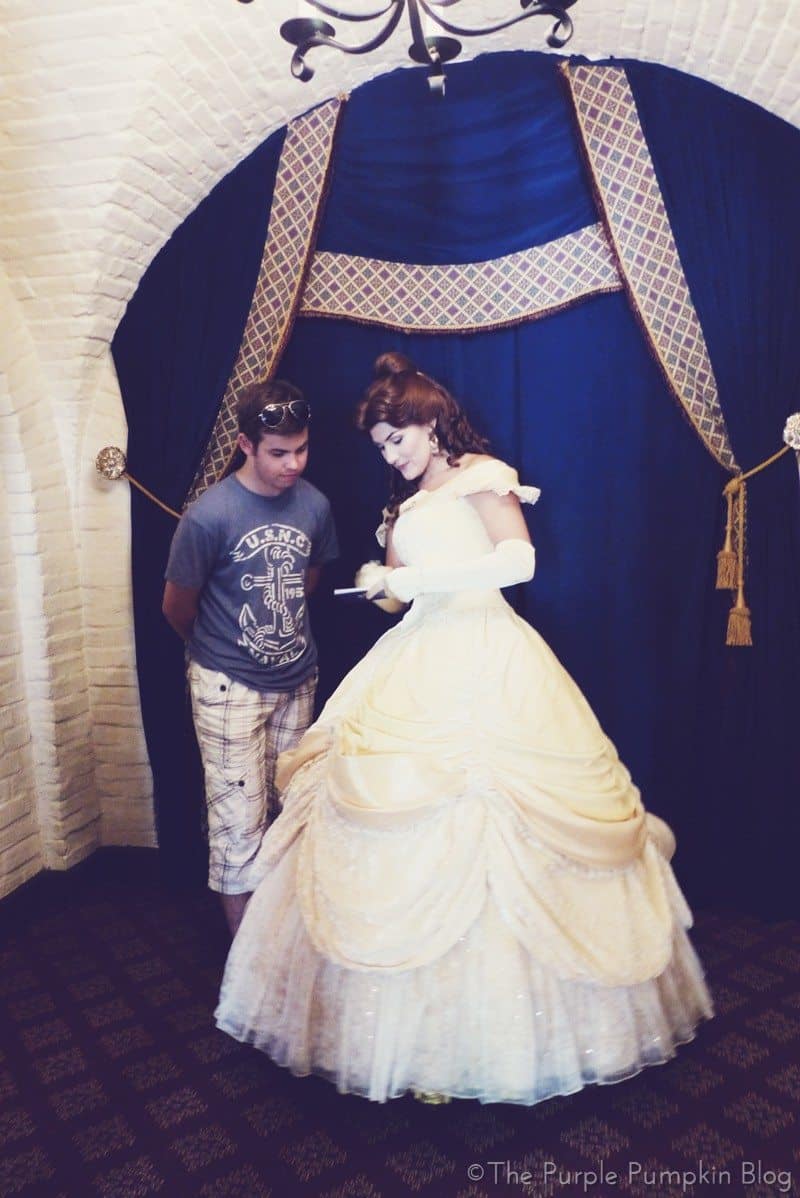 Breakfast at Akershus Royal Banquet Hall is character dining with the Princesses. I’ve read that they have a rotation and you may meet Belle, Jasmine, Snow White, Princess Aurora (Sleeping Beauty), Mulan, and Ariel.

When it comes to the Deluxe Disney Dining Plan at a buffet restaurant, you are entitled to one full buffet and one non-alcoholic beverage (usually refillable) for one credit per person. 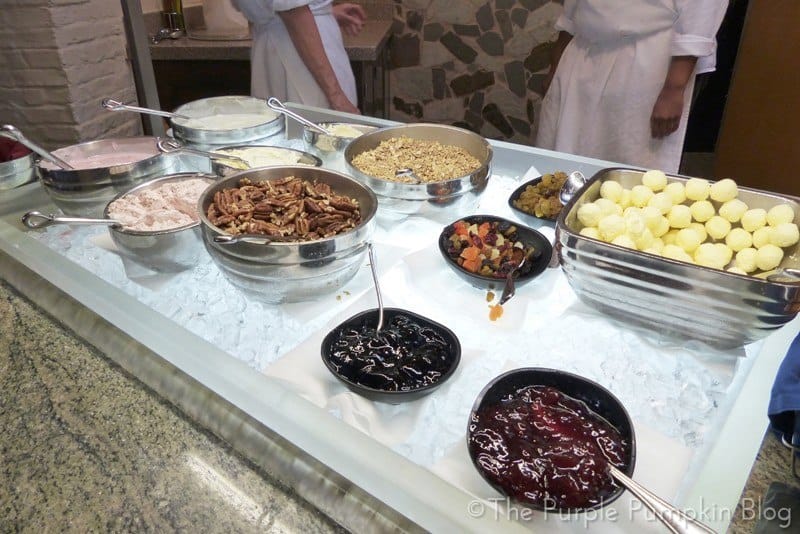 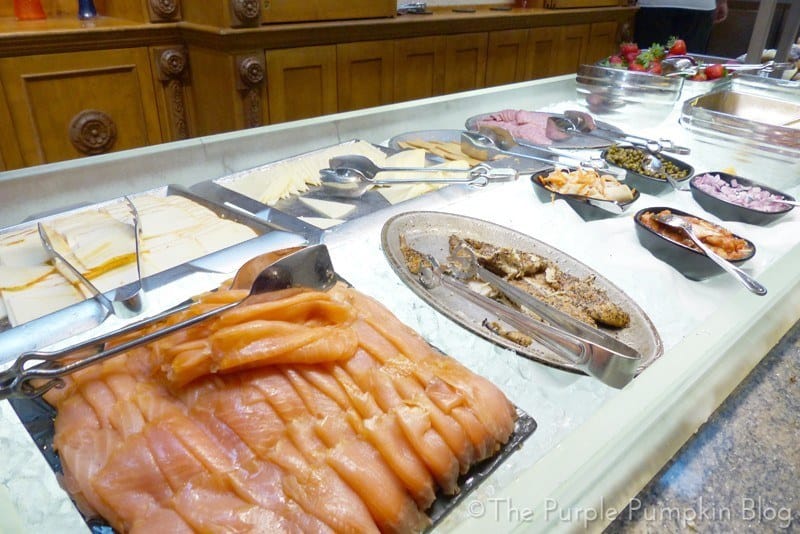 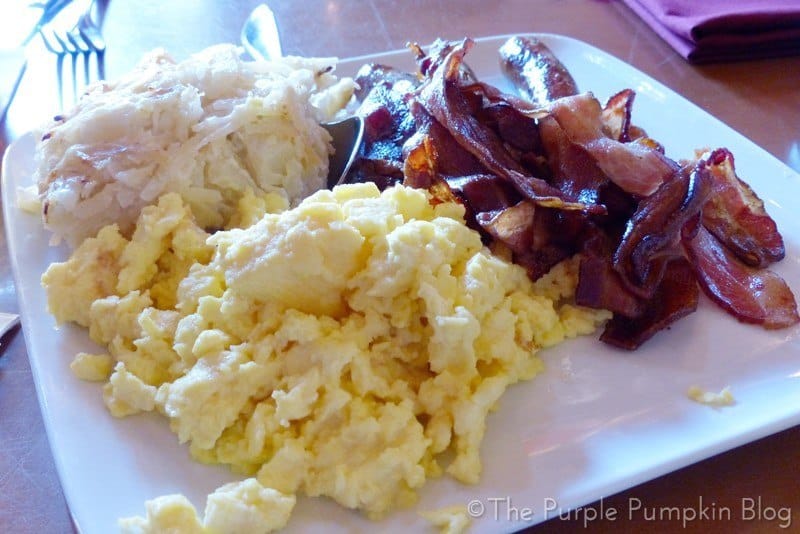 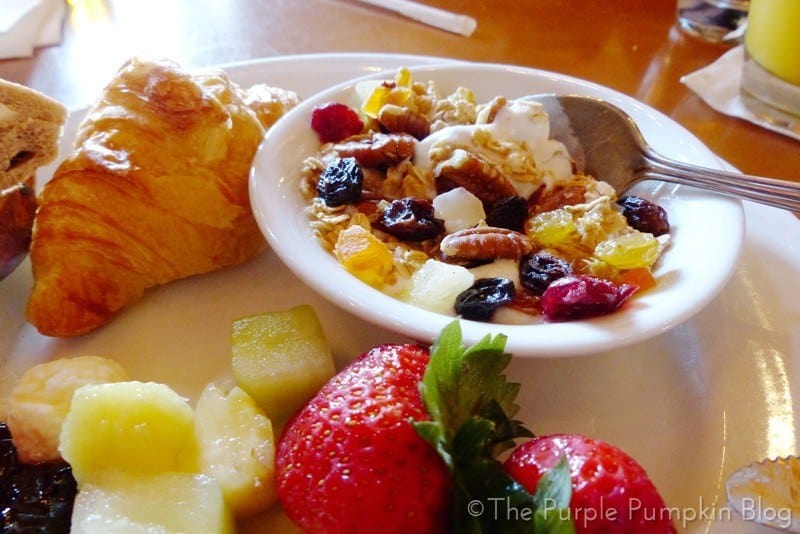 Compared with other buffet breakfasts, this is not a huge one, which isn’t a bad thing at all! It was nice to have some different foods as well – the Norwegian selection was fab, and hubby really enjoyed that. By now, we were well and truly sick of breakfasts, so when our platter of cooked food came we really were not in the mood for more bacon!

When we do a Disney Dining Plan again, I certainly will not book so many breakfasts – they become quite boring! In fact, we ended up cancelling some of the later ones because of the monotony of them!

Our server was lovely and had a lot of time for us, which was nice – she was really interested in the fact that we were from the UK, and she herself was from Norway, but now living in the USA. So that too was an interesting thing for us to chat about – especially at the end of the service.

During breakfast, the Princesses walked around table to table for autographs and photos. We met Cinderella, Snow White, Princess Aurora (Sleeping Beauty for the uninitiated!) and Ariel. Of all the Princesses, Aurora and Ariel were the friendliest. Ariel asked Liam if he had a Princess back at home, and when he said “no”, she replied, well, I’ve got several sisters, just FYI. I thought that was hilarious!
For the young prince and princesses (many kids were dressed up) there was a parade – make sure you grab your breakfast before this starts as it goes in and around the buffet area!

I’ve not yet written about Cinderella’s Royal Table which is in a few days yet in trip report time, but we preferred the breakfast and the overall ambience of Akershus over CRT (plus it’s just 1 credit per person here!)