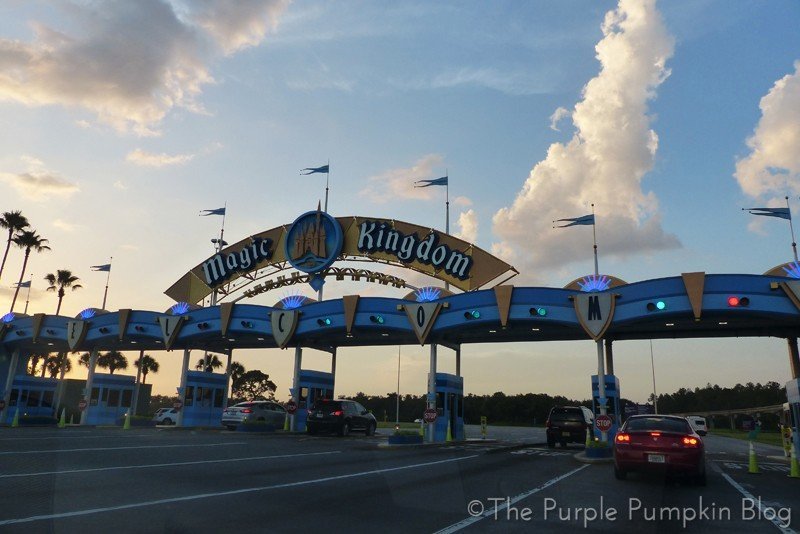 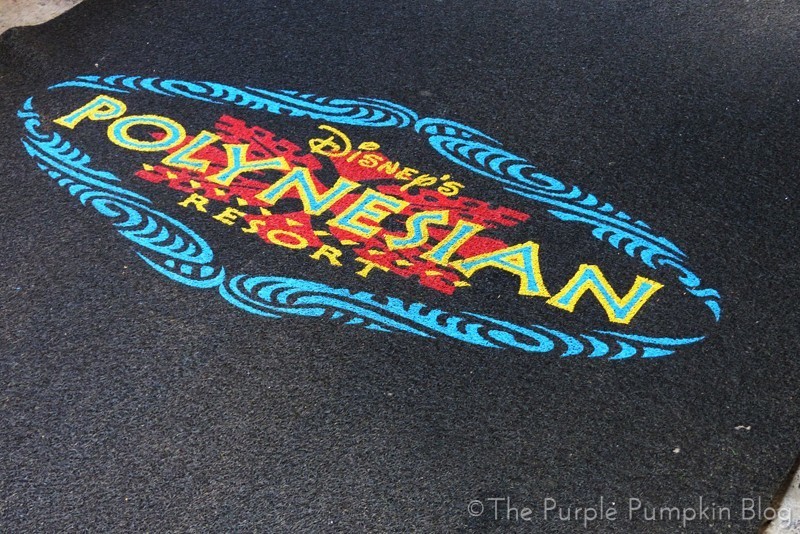 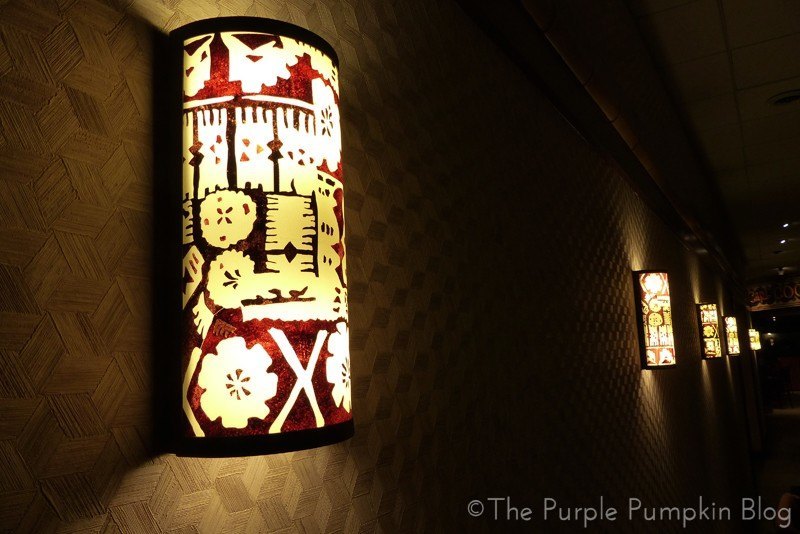 We had to walk through the resort to Luau Cove. I hear that the mozzies can bite whilst walking there, but none of us were affected – just a heads up though if you tend to get bit.

We joined a line to have our photo taken (this was put on our Memory Maker) and be presented with a lei, and we hung around the garden area waiting to be called into the open air dinner theatre. You can see Cinderella Castle from this location and we did manage to catch the end of Wishes as we left.

Eventually we were shown to our table in category 2, which is the middle tier, both in terms of price and level on the floor. Our table was almost slap bang in the middle, facing the stage, so we had a really great view. On the dining plan you can only pick from categories 2 or 3.

When it comes to the Deluxe Disney Dining Plan and dinner shows, which are table service, served family-style, you are entitled to the full meal – appetizer, entrée and dessert, non-alcoholic beverages and also some alcoholic beverages (age 21+) for 2 credits per person. Tip is included in the price.

The appetizers were already on the table when we sat down, and the platter sits on top of a platform raised just above the table which is a good space saver! The food was nice – very similar to when we went to ‘Ohana for dinner in 2013. Liam particularly like the noodles and asked for more.

It would seem that I am seriously lacking in photographs of the main meal, but there was an awful lot on this platter! It was all tasty – I was just disappointed they were in a rush to take away the salad so I quickly tipped some onto my plate.

This was lush – the same bread pudding as at ‘Ohana. I think it could do with a little bit of cream or ice-cream…did we get some? I can’t remember now! Compared with the amount of food you get for starters and mains, the portion for dessert between you is quite small, so if you like your desserts, you may find yourself asking for more (not that we needed to, we were well and truly stuffed to bursting!)

Steve got a beer with his meal, which was a choice between Yuengling Lager or Bud Light. He said it was drinkable, but very fizzy. Other alcoholic drinks included were Beso Del Sol Sangria and Concha Y Toro Fontera Chardonnay. Liam had a Coca-Cola and I decided that I simply MUST HAVE A COCONUT MONKEY HEAD! The signature cocktail is what is served in this, uhm, glass and is called Pele’s Fire Punch:

There were other cocktails – alcoholic and non-alcoholic as well as other beers available for extra purchase – plus tax and an 18% gratuity is automatically added.

Now, I did panic about getting my monkey head through customs, since I was warned about the coconut postcard earlier in the day, but it made its way back through – I’m so glad, he reminds me of my holiday every time I drink from it *shifty eyes*

I’ve covered the dinner part of the dinner show, now onto the show! It was in two distinct halves – the first part was very cheesy, telling a story about something or other – I did switch off a bit >_< as it felt like it was dragging on! They sung Hawaiian Rollercoaster Ride, which you will recognise from Lilo & Stitch, and there was some love story going on as well, whatever it was that was happening, it was told mainly by Auntie Wini, a wise little Hawaiian woman, who I think may have run a dance class. Oh gosh, I really can’t remember! I think most people were too busy eating their dinner to watch – us included!

I can only but share the photos and videos from the show…oh and there was also some audience participation as well.