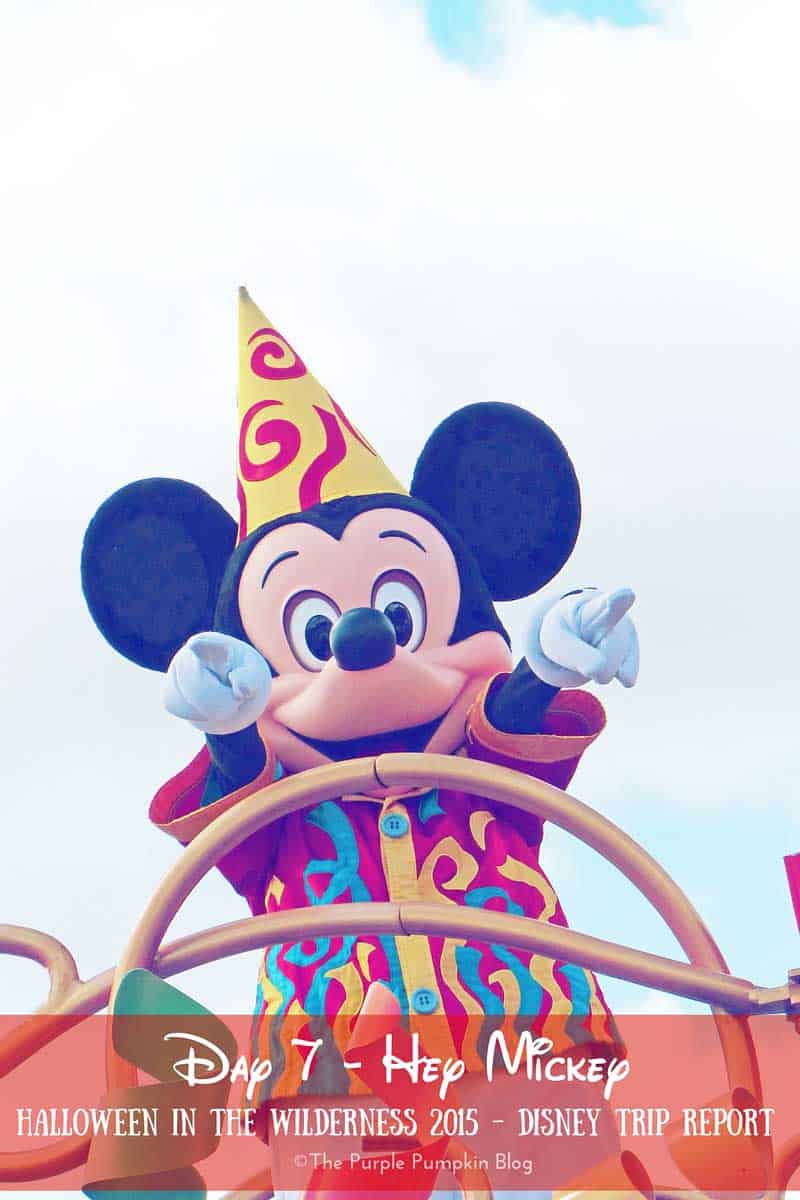 I’m really going to have to get myself into gear if I have any hope of finishing off this trip report. I fear I’ve spread myself a bit too thinly across different projects. This day alone had more than 500 photos to choose from! I’ve shared all of the photographs from this day in a Flickr album, so you can see them all there if you like.

The day started with breakfast at 1900s Park Fare at Disney’s Grand Floridian Resort & Spa. You can have your photo taken as you go in, but the photo we had was a bit rubbish, so I won’t share it! The decor is old-time carnival, and rather whimsical. However, it did smell funky in there, which was actually really off putting. And because there aren’t any windows, felt quite enclosed. The buffet was nicely presented and laid out, but not much space around the omelette station if several diners are waiting for their breakfast there.

Breakfast at 1900s Park Fare is character dining and we met Mary Poppins, Alice, The Made Hatter, Pooh, and Tigger. They all come around as you are having your breakfast, so make sure you have you camera ready, and autograph books too!

Onto the buffet offerings…


There are the breakfast food staples – Mickey Waffles, Scrambled Eggs, Bacon, Biscuits and Gravy, Pancakes, Bagels, Hash Browns, Sausage, French Toast, Assorted Pastries and Breads, Cereals, Fresh Fruit, etc. There is also a carving station – meats may vary, but it was smoked ham when we went.

I made notes about the food – mainly that some of the bread products tasted stale – bagel, the biscuits (for biscuits and gravy), and the muffins under the eggs Benedict. Steve really enjoyed the corned beef hash. We’d say it was all standard Disney breakfast fayre, and nothing special. Probably wouldn’t visit here again for breakfast as we prefer Crystal Palace at Magic Kingdom, Tusker House at Animal Kingdom, and Boma at Animal Kingdom Lodge.

After paying our bill, we caught the Monorail round to Magic Kingdom!