It was soon time for us to go to lunch with an astronaut. We went back to the Early Space Exploration building as this was the waiting area, and we were soon led into the banqueting room and shown to a table, which we shared with around 6 other people. 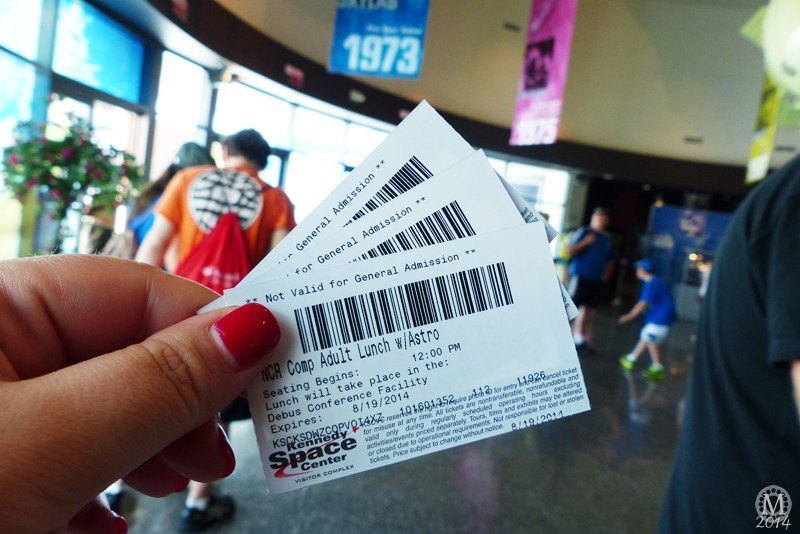 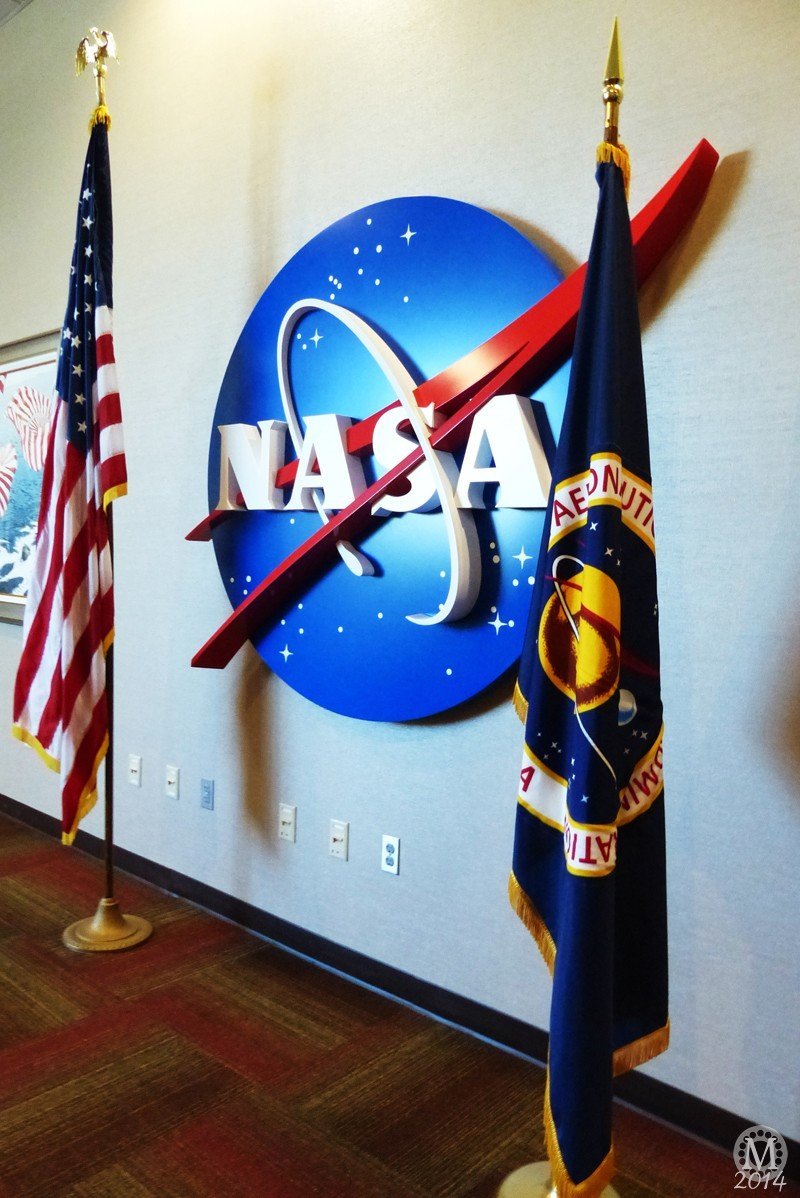 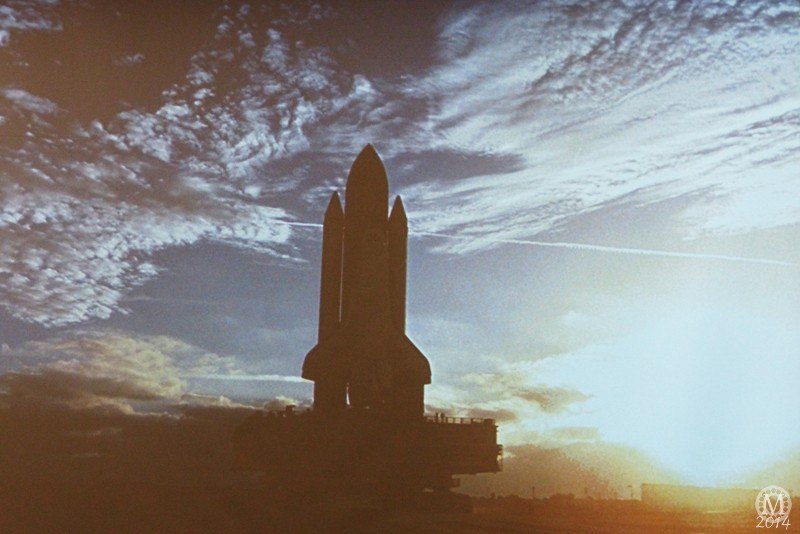 It was all a very civilised affair, and we were led to the buffet area table by table. From what I recall, there was chicken, fish, salads and macaroni cheese. We all had a light lunch, as we were off out again in the evening for dinner. The food was okay, nothing special, and I’m very glad that there was mac ‘n’ cheese as I really didn’t like the look of anything else! There were several desserts too including cakes and cookies.

Our astronaut was Jerry Ross, a retired United States Air Force officer and a former NASA astronaut. He is a veteran of seven Space Shuttle missions, making him a record holder for most spaceflights (a record he shares with Franklin Chang-Diaz). He was inducted into the Astronaut Hall of Fame during ceremonies in May of 2014.

After he spoke about his career, there was a short Q&A, and then the opportunity to have a photograph taken with him, but as we were in a rush to get to the bus for our up-close tour, we had to skip this, which was a shame.

We walked over to the bus tour boarding area and we had to wear these bright pink stickers on us for the duration of the tour; the Up-Close Explore Tour which we were on, was about 2 hours! But don’t be put off, it was really interesting, inspiring, humbling and made you awestruck all at the same time. We had a great tour guide, who was really passionate about NASA and his job, and I think that really helped with the whole experience.

This bus tour takes you to out to as close to the launch pads as you can get, the Vehicle Assembly Building and the Shuttle Landing Facility.

There were two stops along the tour, one was on the NASA Causeway where you can take in the panoramic view of the rocket launch site at Cape Canaveral.

It was then back on the bus for the next leg of our tour which would eventually take us to the Vehicle Assembly Building, which is huge enough from far away, but up close – daaaamn!

The tour guide also told us about the nature in the area, as well as pointing out a 50 year old eagle nest. We went past the Mobile Launcher Platform (which is humongous!) used to move Apollo moon rockets and space shuttles to the launch pad. The top speed of it is 1 mile per hour! We also got as close to the launch pads as it is possible to get as a visitor. It was pretty awesome.

We eventually got to the Vehicle Assembly Building, and another chance to get out and stretch our legs and take photographs. It’s crazy to think that each star on the American flag on this building are 6 feet across! There are some things you just can’t fathom, even when you see them in real life – that is definitely one of the things I took with me from our visit to Kennedy Space Center!

The tour concludes at the Apollo/Saturn V Center, where we just stood a stared at the Saturn V for about 10 minutes!