Today was our first full day in Walt Disney World, and our first real use of the Disney buses. Hubs and I woke at around 4:30 am and caught an impressive lightning storm going on. Eventually Liam woke up too, and despite all trying to get back to sleep, we decided we might as well get up and get ready our day at Magic Kingdom. 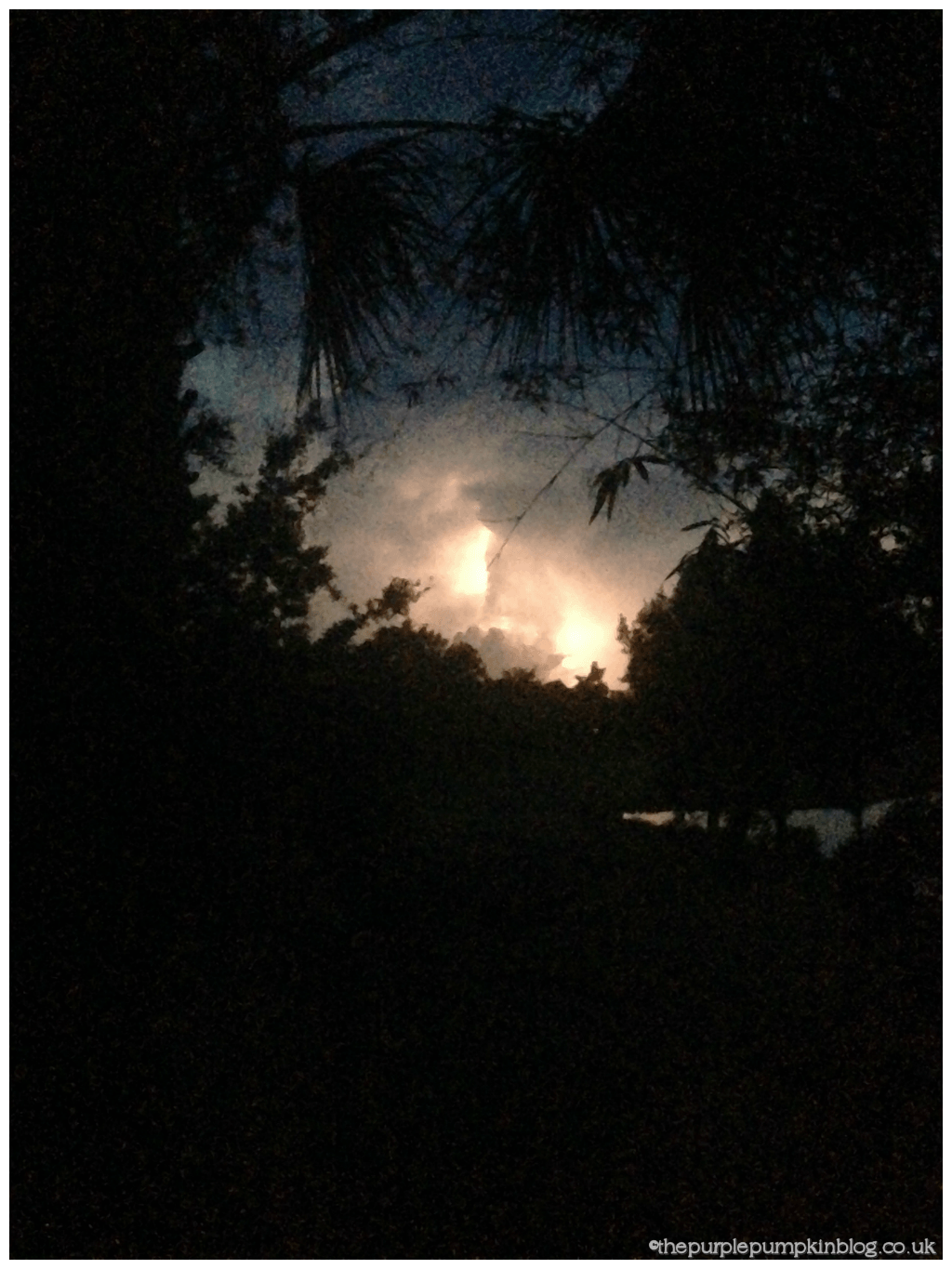 However, we are a family that do seem to faff about a fair bit, and sharing the one bathroom proved the thing that made it worse for us – in a villa, we have a bathroom each! By the time we got showered and dressed, we knew getting a bus was going to make us late, so we ordered a cab to take us to Magic Kingdom for our 8.40am reservation at The Crystal Palace, which cost $20.

I thought it would drop us by the entrance on the other side of Seven Seas Lagoon, so we wouldn’t have to get across the water; but nope, it was the TTC side. The monorail was down at this time for maintenance, and so we were advised to get a bus. By now I’m panicking that we were going to be late, and with the rain, the floor was slippery, so I was also panicking about stacking it and doing myself an injury! We raced (as best I could at least) to the entrance. 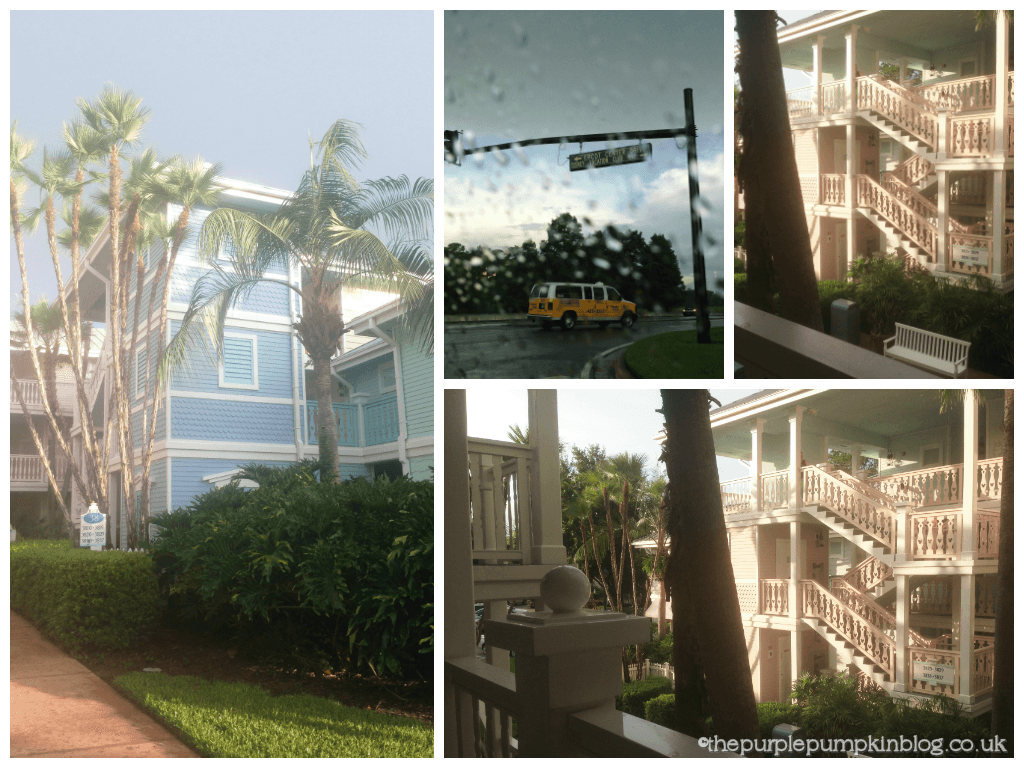 The entrance was PACKED – never seen it so busy before, and I let a Cast Member know we had a reservation. She took our names, and I explained we were late, she advised that they allow up to 30 minutes, so panic was sort of over – except, it was getting closer to 9am and I really wanted a photo of Cinderella Castle and Main Street USA without the crowds! Happy to report that yes, I just about got a few! 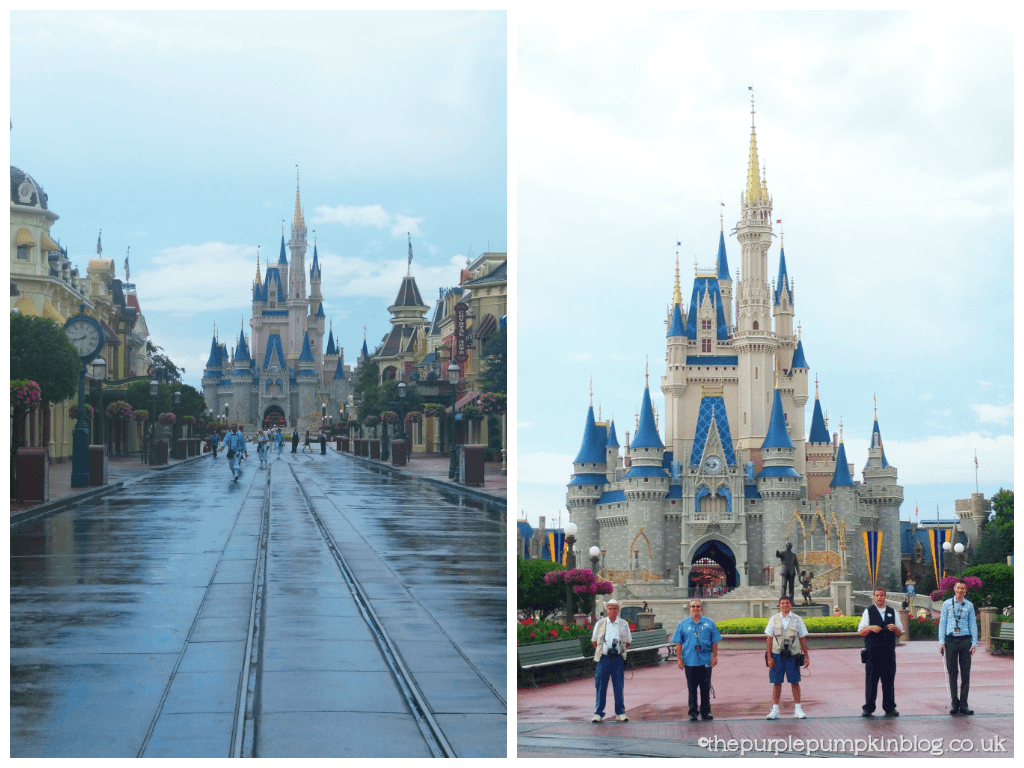 As well as my holy grail photograph of the castle without anyone in front of it!

A PhotoPass photographer stopped us for a few pictures. Of course, we had to do it – The Crystal Palace isn’t that far into Magic Kingdom, and we had to make the most of an empty park opportunity before the hoards descended!

He also decided, that since we were so close to the countdown and the opening fireworks, that he wanted to try and get a photo of us with them going off in the background – which he did. Then Mickey welcomed everyone into the Magic Kingdom and the song played… emotionally, I just lost it! Seriously – the biggest, fattest tears and sobs came pouring out – the CMs even asked if I was okay! I don’t know what came over me – totes emoshe!

So glad we were on the other side of this crowd – how insane (and quite scary!) does this look?

We checked in at The Crystal Palace and only had to wait a few moments before being called in to our table. There must have been a celebration at the table before us as it was covered in Mickey confetti – made our morning a little bit more special!

Last year, we had a character lunch in The Crystal Palace, and this year was the turn of breakfast. We really enjoyed our lunch on our last trip, and the breakfast proved to be just as enjoyable. Our waitress was super friendly and accommodating, which makes the whole experience that much nicer. The characters – Pooh, Tigger, Eeyore and Piglet will still come to your table, sign autographs and have photographs taken, even if you don’t have little children in tow, so don’t worry if you’re adults – you can still have fun at a character dining experience! I decided to start a new trend – taking selfies with the characters – will continue that on our next trip!

Pooh and Tigger were in our section of the restaurant, and just a few tables away as we sat down, so we waited to meet them before going up to grab the morning’s offerings at the buffet. Eeyore and Piglet followed in the second wave. And don’t panic – the characters will get around to you eventually (sometimes you might get lucky and meet some of them twice!)

I love the flower topiary display as soon as you walk into The Crystal Palace! And I do love the Victoriana feel to the décor as well.

Breakfast at The Crystal Palace is a buffet affair, so you can help yourself to as much or as little as you wish. I quite like that the plates here are small, it means you don’t overload yourself, which is quite easy to do at a buffet!

As far as the Deluxe Disney Dining Plan and buffet restaurants are concerned (and I believe on the regular plan) it is one credit per person, which entitles you to one full buffet and a non-alcoholic beverage (usually refillable).

The buffet area is really spacious, and both sides have the same dishes, so if one side is less busy then the other – switch! They meet in the middle at an omelette station, and there are also desserts and pastries in an island in the centre.

I didn’t think to take photos of the tops of the serving counters to tell you exactly what was on the buffet, but in general, expect breakfast foods like scrambled eggs, sausages (they’re quite spicy), bacon (always streaky, and always crispy), biscuits and gravy, some sort of hash, some sort of breakfast potato dish, Mickey waffles, pancakes and syrup.

Generally, you find the Mickey waffles at the kid’s station, which is lower down for them to be able to help themselves – but don’t worry – us grown ups can take from there too! I can’t have a Disney breakfast without a Mickey waffle!

Particularly good were some herby, cheesy scones, and the corned beef hash. I personally love biscuits and gravy too, so it’s the food I tend to go for.

There is also a cold section with fruit, smoked salmon and hard boiled eggs – so really, something for everyone.

Baked goods will often contain banana bread and cinnamon rolls (two family favourites here) as well as bagels and breads. You’ll find different pastries, cakes and something which we’ve never seen before – breakfast lasagne, which was layers of waffles and fruit with a custard like topping, which Steve really enjoyed!