#CraftTheParcel with InPost – My Appliqué Square

So, way back in autumn of 2014 I was asked if I would like to take part in an exciting craft project with several other bloggers called #CraftTheParcel. It was a way for us all to get our craft on by making squares to add to a quilt, as well as to road test a new postal service called InPost. InPost is the new way to click and collect your online purchases and parcels from a network of self-service lockers, whenever it suits you – 24/7! 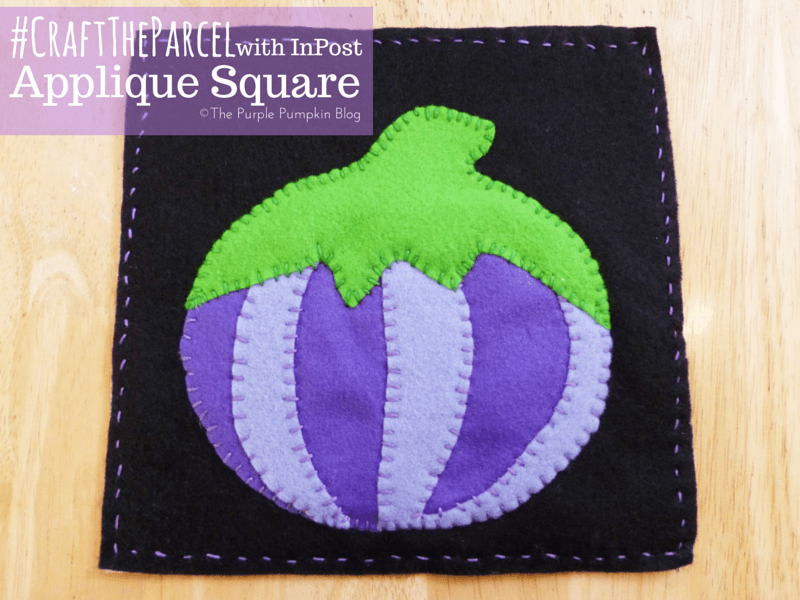 It sounded like a fun project to be involved with, so I said yes, and waited to hear the full details of how it would work. Involving 18 bloggers, we would each take it in turns to #CraftTheParcel and then pass it onto the next blogger using InPost to pass it along. My turn wasn’t until the middle of November, so I went and bought the materials I would need, and put them to one side, deciding I would make it when I got the other squares.

Now sadly, life really got in the way of this and a few other projects I had going on, and I felt a bit like a broken record explaining to people that I was having problems in my personal life. I struggled to focus and get a lot of things done, and so, I have only just been able to make my square.

I wanted to keep things really simple, because I am still struggling with certain things, but I always knew I would make my square really personal; so I decided to make a purple pumpkin appliqué square. It also meant that I could make this completely by hand as my sewing machine is currently AWOL. It’s probably not proper appliqué technique, but it’s the best way to describe what I did with my square!


I drew a pumpkin freehand, so sadly I don’t have a template to share with you, but it’s not too hard to draw one out. I used dark purple felt as the base of the pumpkin and added sections of a lighter purple, using embroidery thread to fix together. 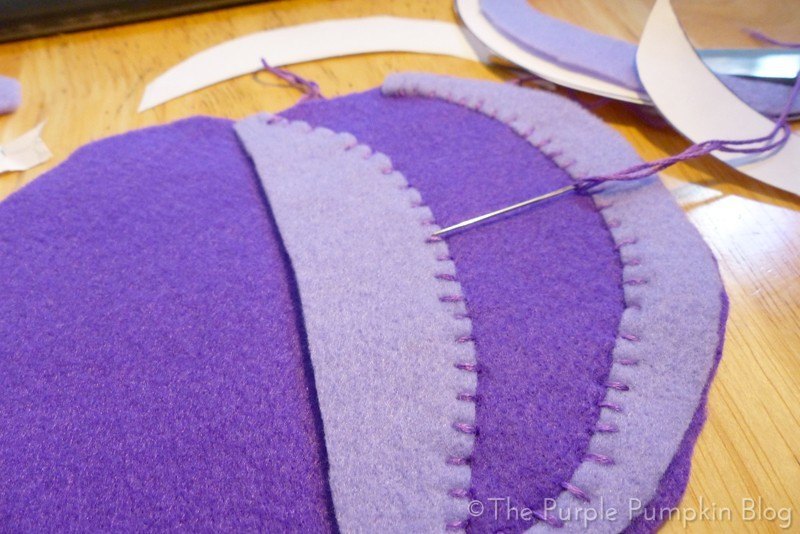 I then had to make the leaves and the stalk, so I used green felt and thread to attach that to the pumpkin and the black felt background. Again, pins kept things in place as I sewed everything together.

The final thing to do was to add a backing to the square to hide all the stitches at the back. Using a simple running stitch, I attached a white square of felt.

Just looking back at it now, I should have turned it into a little character with eyes and a mouth!! My #CraftTheParcel square has now been passed on, and whilst my square isn’t elaborate or anything fancy, considering the way things have been recently for me, I’m very happy with it!

Actually, I just had to add features because I’m silly like that sometimes!

I used InPost to pick up my parcel and it was very simple to use. I created a free account and was able to pick my nearest pick up point, which was at a petrol station just a few minutes drive away. I got a text to say that my parcel was available to be picked up, and that contained a QR code that I could scan when I got to the lockers. Once I scanned the code, the box with the #CraftTheParcel inside popped open. All In all my experience was very good, and it’s something I would look into using to send out parcels instead of going to the post office, which to be honest, can be a real pain sometimes – just finding somewhere to park, never mind the queues that my local one has.

InPost have created a handy flowchart for using their service which you can download by clicking the image below.

Have you heard of InPost (I hadn’t!)? Have you used it? What are your thoughts on the service?

What do you think about the idea of a round robin craft with friends? I thought it was such fun, and would love to do something similar again in the future!