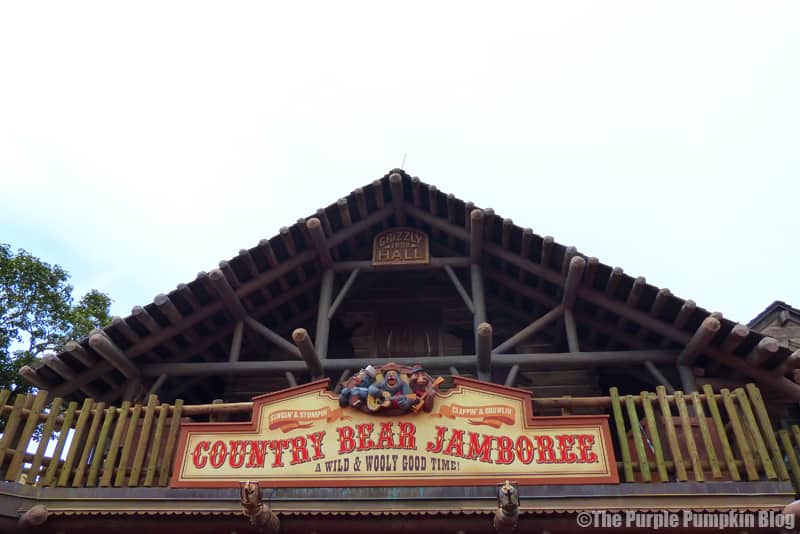 Country Bear Jamboree is a show in Frontierland at Magic Kingdom, Walt Disney World, Orlando. It opened on 1st October 1971, and is one of the very last attractions that Walt Disney personally helped develop. Originally planned for a never-built Disney ski resort in Mineral King, California, the show with the singing bears happily moved out to Florida in 1971 and has been performing daily at Magic Kingdom park ever since. It is also at Tokyo Disneyland , and was at Disneyland California, but closed in 2001. 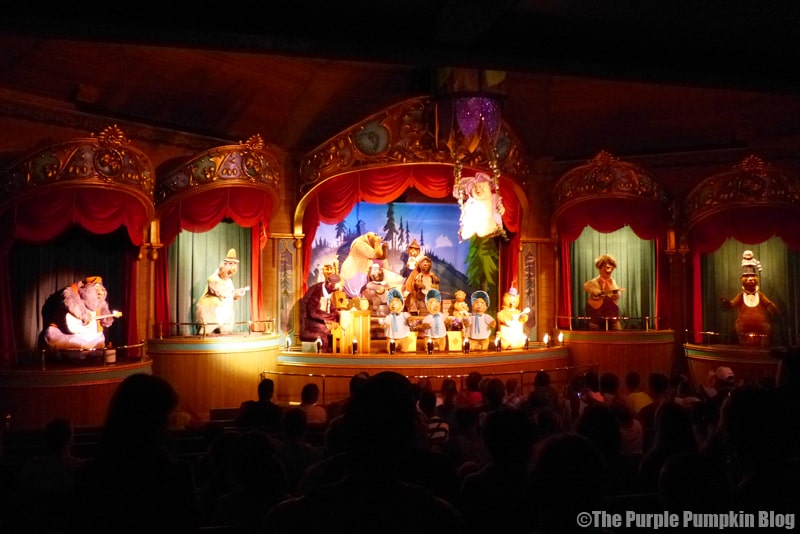 It is a stage show with audio-animatronic figures – mainly bears, who go by the names of: 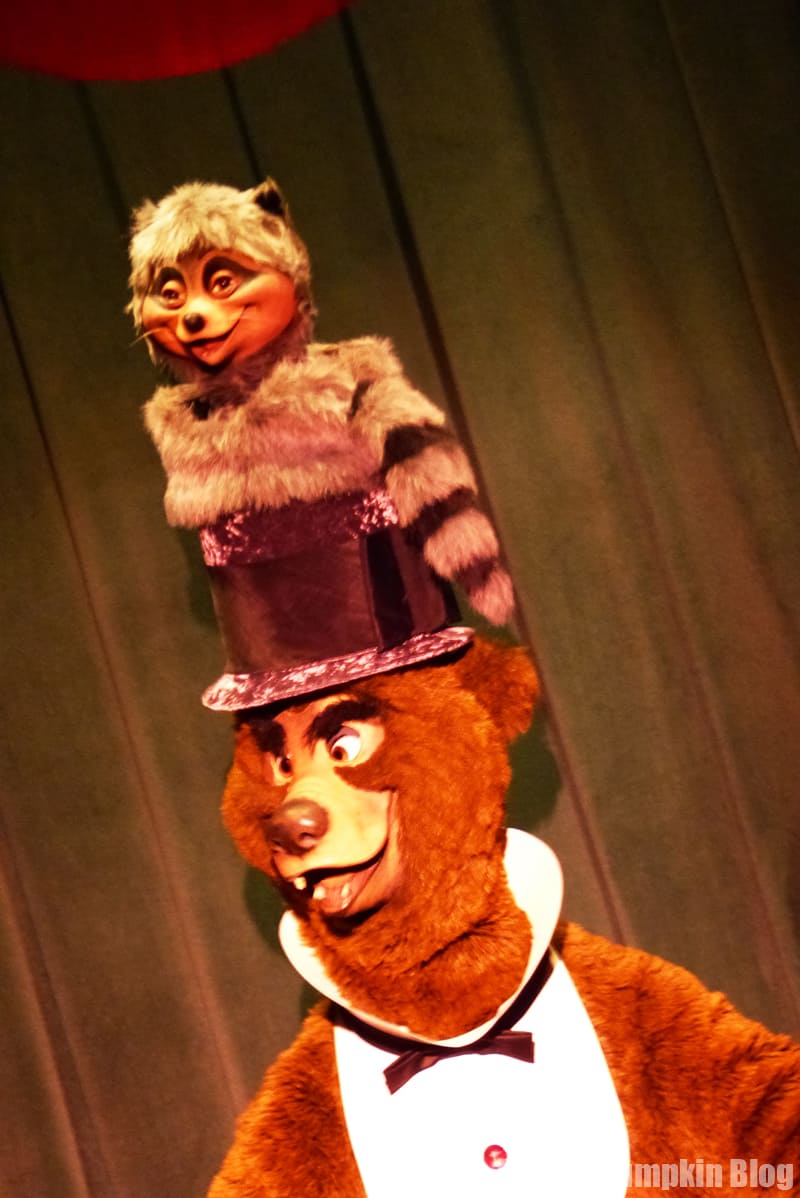 As well as all the bears, there are the audio-animatronic animal heads mounted on the walls of Grizzly Hall, the venue for Country Bear Jamboree.

It is a 16 minute show with a continuous string of short country songs sung by the various bears. As each bear sings their song, a curtain opens to reveal them, except in the case of Wendell, Gomer, and the Sun Bonnet Trio (all of whom rise from the center stage), and Teddi Barra (who descends from the ceiling).

I think is hilarious, but some of the bears are a bit creepy looking!!! I’m sure you’ve realised the creepy side for yourself from all the photos I’ve shared here from the two times we have seen Country Bear Jamboree! It’s one of those classic Disney shows, and is still very popular, with young and old alike. There is even a special Christmas show during the holidays!

Join a lifelike cast of 18 hillbilly bears as they perform—through the magic of Audio-Animatronics—a 16-minute, foot-stompin’, back-slappin’ musical revue celebrating America’s country-western heritage. Clap along to original and classic country tunes during this fun-filled hootenanny, and behold the zaniest group of bears the world has ever known, as they display their musical know-how.

Overflowing with humor and heart plus a few surprises, this crowd favorite features an uplifting down-home, southern sensibility your whole family is sure to love. – Walt Disney World Website