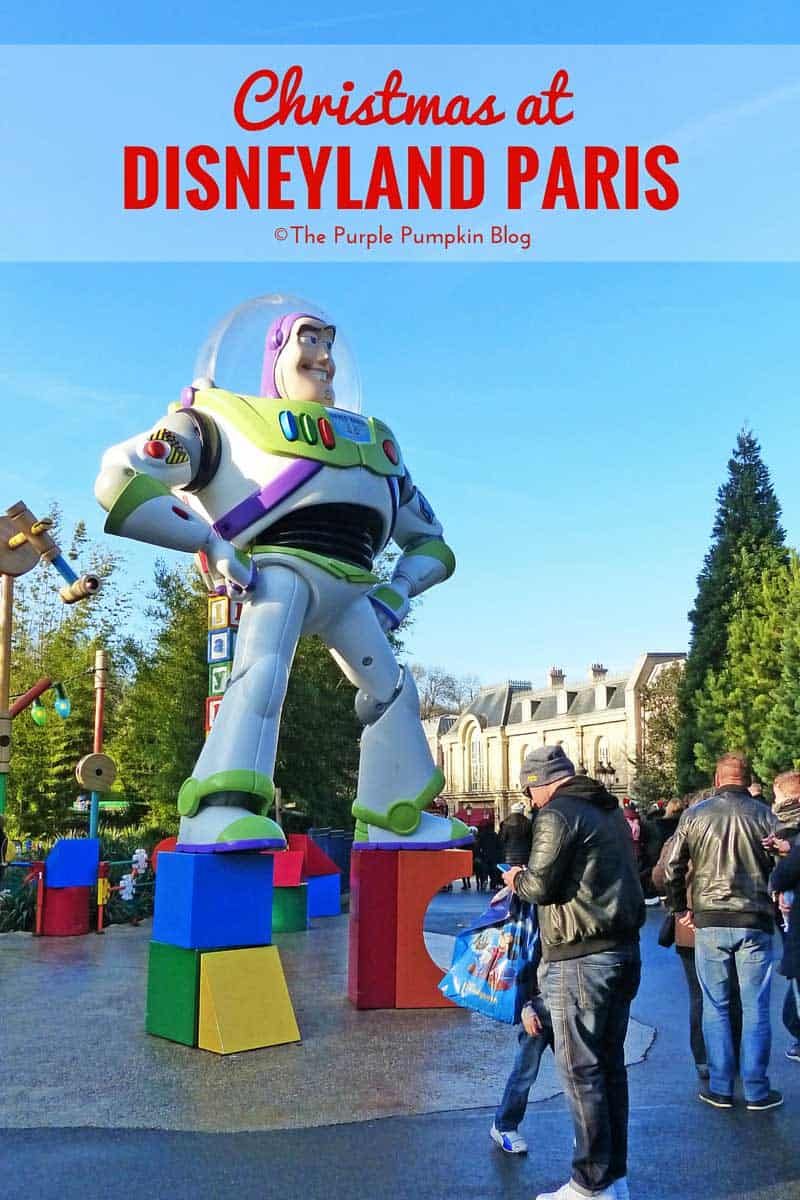 And finally, here I am at the final part of my Christmas at Disneyland Paris Trip Report. It is mainly to share photos from Toy Story Playland, which is in the Toon Studio area of Walt Disney Studios Park. This was a really fun, and well themed area, but it felt quite small and compact, which was a shame.

There are three rides in Toy Story Playland, and all are very imaginative, and very cool! Toy Soldiers Parachute Drop, Slinky Dog Zigzag Spin, and RC Racer. The RC Racer ride looks pretty hair raising. The track roughly a semi-circle, and the RC rides up one side, down, and back up another, until you are pretty much vertical – lots of screams coming from that ride I can tell you!

You could see all the Toy Story favourites, like Buzz Lightyear (at the entrance to this area), the bouncing ball, Rex, the barrel of monkeys, and the others depicted in the rides. Come to think of it, I don’t remember seeing Woody… 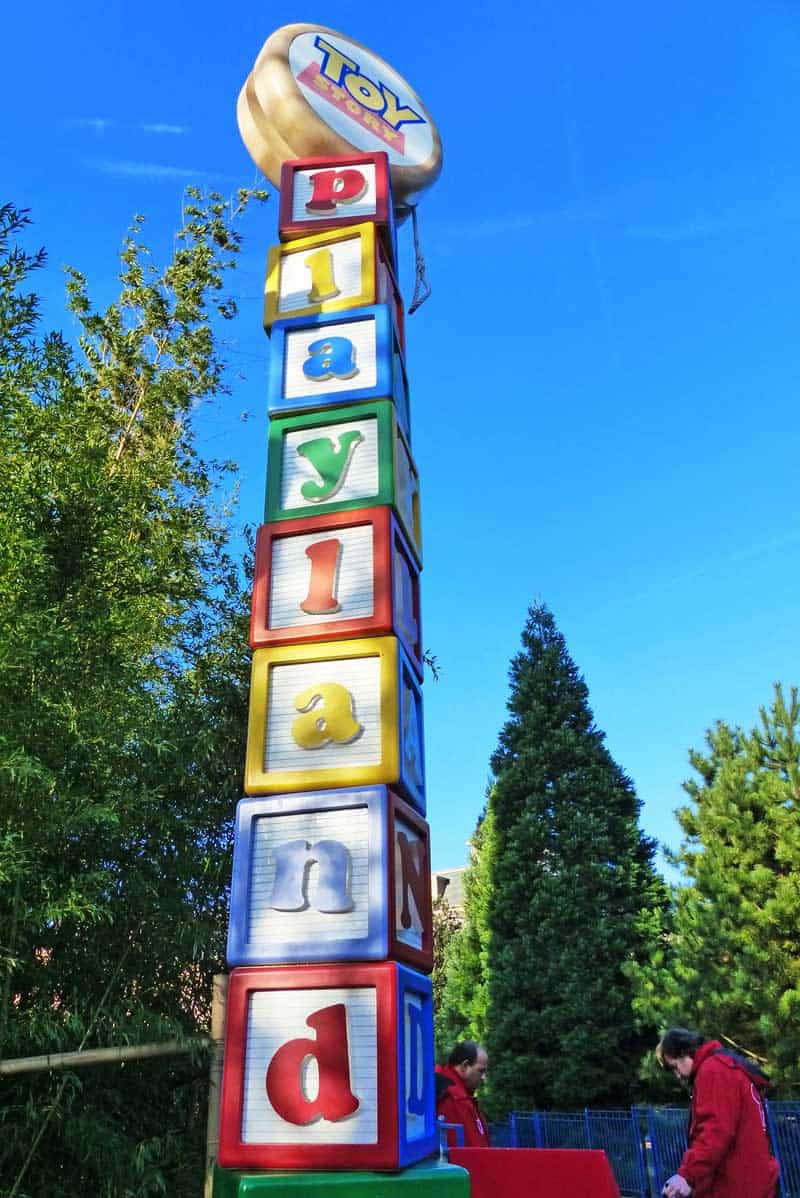 The Ratatouille area was very crowded. It has a ride – Ratatouille: L’Adventure Totalment Toquée de Rémy, which is a 3D dark ride based on the film. From pictures I’ve seen online, it looks like a fun little ride, but it had a long wait time, and so, we didn’t bother. There was also a restaurant here too.

Other Disney Pixar movies represented in the park through rides, and themeing were Finding Nemo – with Crush’s Coaster; Cars with Cars Quatre Roues Rallye; and there was Mike Wazowski, and CDA statues from Monsters Inc.

Walt Disney Studios is a small park, but what was here was interesting and fun, and I know when we go back to Disneyland Paris, we’ll try out some of the rides that we didn’t on this visit. There isn’t much more to tell you, so here are some nighttime shots from outside the park.

I’m closing out this trip report with the plaques that were laid into the ground outside the park. Each one represents the other Disney theme parks around the world – Walt Disney World in Florida, Disneyland in California, Tokyo Disney Resort in Japan, and Hong Kong Disneyland in China. I wonder if they will lay one down for the newest of the parks opening in 2016 – Shanghai Disney Resort? Having been to both the Florida and Paris parks, my sights are set firmly on California. I hope we get to visit the far east ones, one day!

I hope you’ve enjoyed reading my Christmas at Disneyland Paris Trip Report. It’s not been as detailed as I would have liked, as I didn’t feel “qualified” enough to talk too much about the place other than what I could see on face value. We do plan a visit back, and I’m actually really excited about the prospect. My first love will always be Walt Disney World, but Disneyland Paris is perfect for a Disney fix; after all, it’s just a train ride away!