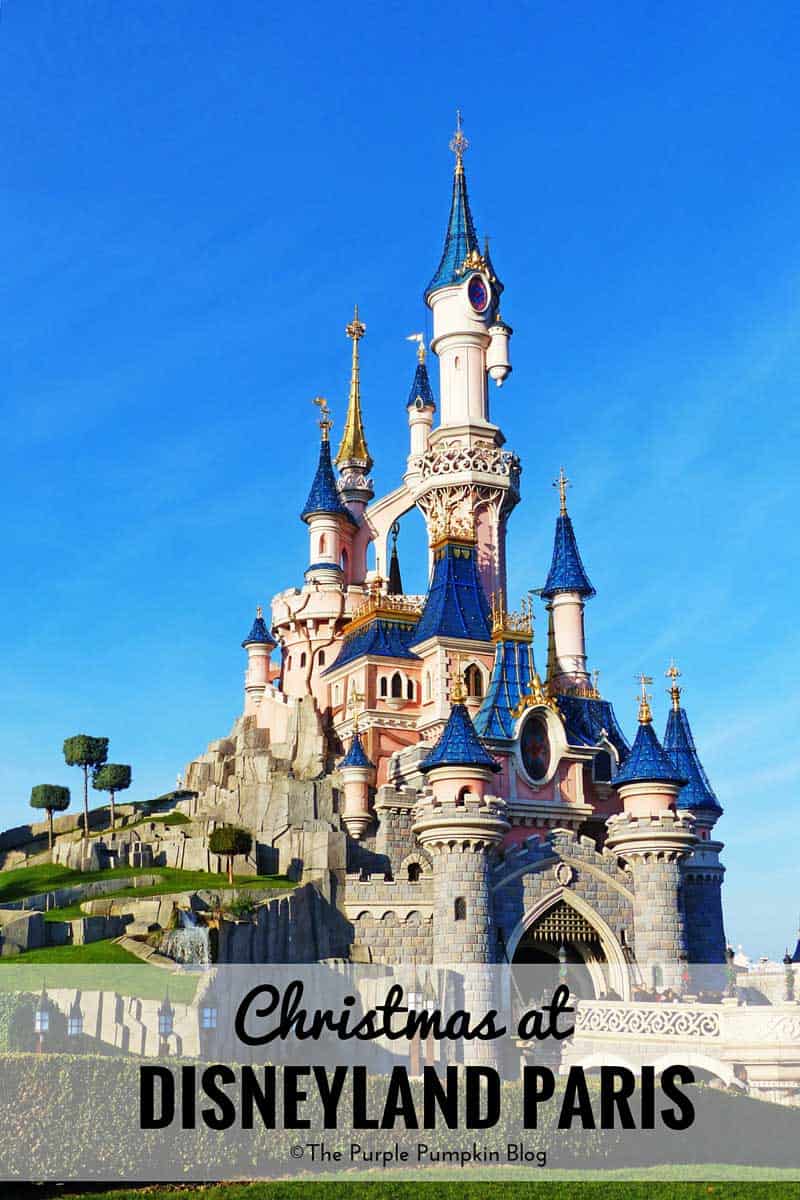 We woke up early on Christmas morning, as our breakfast time at the Chuck Wagon was between 7 and 8am. With the Disneyland Paris hotels you are given a time slot to go for breakfast, but you can change it – which we did for the next two days! It was still very dark outside when we got ready and walked to the restaurant! 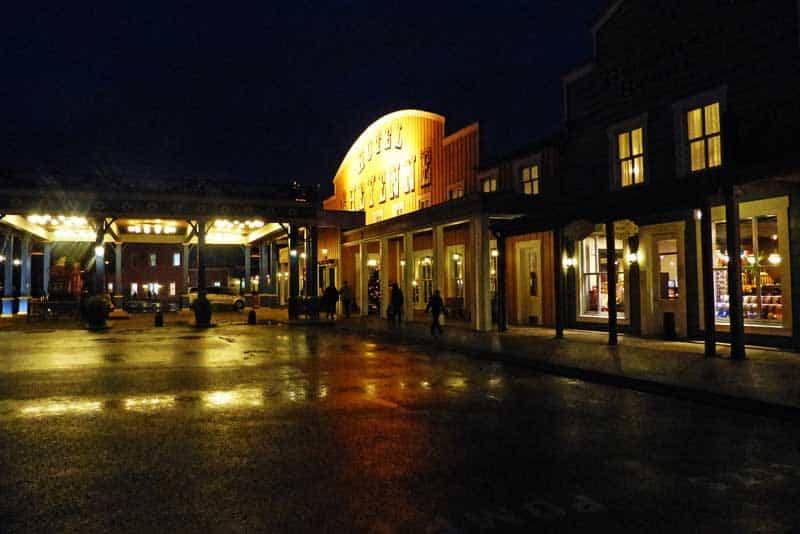 The restaurant was already very busy – you walk in and are directed to the buffet area, before finding a table to sit at. The buffet had huge baskets filled with croissants, pan au chocolat, and bread rolls, as well as little pats of butter, jam, honey, and Nutella. There were also stations with cheese, and cold meats; and another one with fruit and yoghurt. The drinks machines were located at either end of the hall (which is the best way to describe it). We found a table, and had breakfast, before going back to our room to get ourselves sorted for the day.

It was all very different getting ready to go to the Disneyland Park, than when we’re in Florida! I put on a couple of jumpers as well as a coat, gloves, and boots – I’m not very good with the cold at all! Fortunately, whilst it was chilly, we didn’t have much rain, other than a light drizzle in the morning. We were not going to bother with taking a backpack with us, but we realised we may need things like umbrellas, and water, so took one in the end. I’m glad we did, as the water fountains were out of action at both of the theme parks, which was very annoying. Not sure why they were turned off. I of course, had my scooter to use whilst in the parks, so we also took the battery charging pack with us. I never needed to use it, and the battery lasted all day.

The sunrise on Christmas morning was just beautiful, and we made our way along the river, through Disney Village and towards the Disneyland Park. It was such a lovely way to spend Christmas morning. We had already done our gift giving back at home in the UK on the 23rd December, and there was something so serene and calm about that walk (well, scoot, for me.)

Along the way, my sister texted me to find out where we were. She said they were already in the park, and would be waiting by the Christmas tree. As much as I was in an excited rush to see them, especially my niece Sephy (read about who’s who in my trip report index), I still wanted to make sure I got some photos! You get to the Disneyland Park by walking under the Disneyland Hotel, which is a grand, pink building, and very pretty. The crowds, walking in, felt low and I hoped this would bode well for the day.

As we entered the park, my brother-in-law Phil spotted us, and came over to say hi, and told us that Jo and Sephy were lining up to meet Donald Duck. The line was long, but Sephy was good as gold waiting her turn. I was so happy to see them, and being in a Disney park on Christmas Day with my family really lifted me, and finally, my Christmas spirit was there!

Whilst they waited in line, I took some photographs of the Christmas tree, which was just gorgeous – so much prettier than the one in Magic Kingdom, Orlando! I especially loved the Matryoshka (Russian) Dolls,and wanted to be able to pluck one of them from the tree!

While waiting to meet Donald Duck, we felt some spits of rain – Sephy was less than impressed! But it soon passed, and it was eventually her turn to meet Donald. She ran up to him and gave him the hugest hug and wouldn’t let go – oh my, did that get the waterworks going for me! My eyes were really leaking, it was such a magical moment. A few photos later, and the buying of a Donald Duck plush, we had one very happy little girl on our hands.

It was then time to walk down Main Street USA, which felt so familiar, yet so different at the same time. A few people have asked me about comparing the theme parks at Walt Disney World with the ones in Disneyland Paris, and I may well write a post about that, at some point. Steve, Liam and I couldn’t help but mention things about Orlando, while touring the Disneyland Park, but I have to say that there wasn’t a second where I thought one place was better than the other. They are both very different, and both magical. The big difference is that Paris is a lot closer than Orlando!

Sleeping Beauty Castle is very pretty! I’m so attached to Cinderella Castle at Magic Kingdom (silly I know!) that I wasn’t immediately blown away by the one in Paris, but by the time we left, I was in love with this castle too – it’s even more pretty at night with all of the sparkly lights on it for the festive season.

I was very surprised at the short waiting times for rides, however, as the day progressed the park did get busier, and the lines, longer. But nothing I could see was over an hour to wait, so for Christmas Day I think that was great. We didn’t actually do many rides, as it was more about just being in the park, and being together. Plus you had me that couldn’t ride that many, and Sephy who was too little for some. We did however go on it’s a small world, which is a Disney classic!

It looks like I’m going to have to break this day down even further into a couple more posts, so I will leave this here, and in the next part I’ll be telling you about the Christmas Parade, and showing you some more of the Disneyland Park.