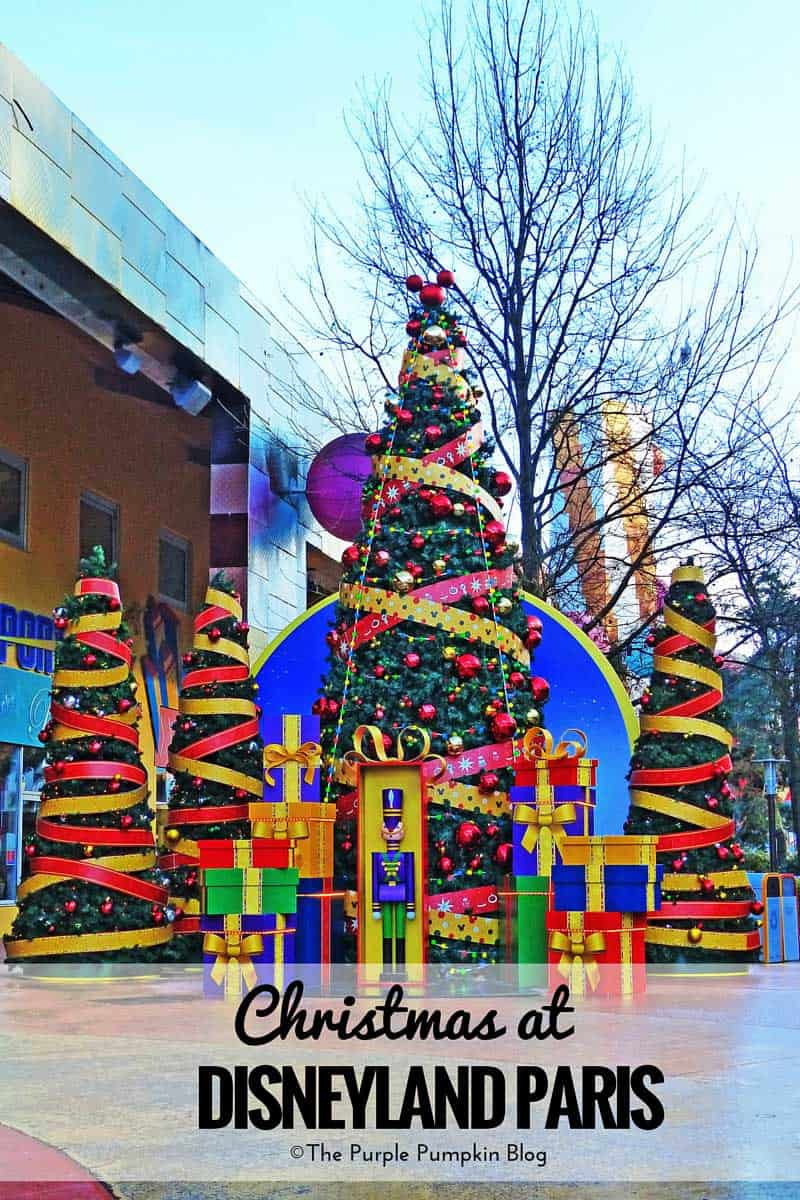 There were security checkpoints at both ends of Disney Village. I don’t know if this is how it has always been, or if security has been beefed up after the terror attack in November. There was an x-ray machine for bags to go through, and you had to open your coat and show the security officers. Some people were also scanned with a hand held metal detector. Once you are in Disney Village, you can walk around to the parks, but because you’ve already done security checks, you don’t have to do this again. I will admit to feeling very concerned about going to France after the attack in November, and we did talk about rescheduling the trip. We didn’t feel unsafe at Disneyland Paris at all – in fact, all the security checks going on made us feel a lot more secure. I know we shouldn’t have to live in a world where this sort of thing is necessary, but it is what it is.

The walk from Hotel Cheyenne was a pleasant one – walking past, along the river, and being able to see some of the hotel resort hotels. I would say it’s about a 15 minute walk to get to Disney Village. Across the river from our hotel was Disney’s Hotel Santa Fe, with Disney’s Sequoia Lodge a little further along. Across the lake was Disney’s Newport Bay Club.

Disney’s Hotel New York had an ice rink in front of it, not sure how much it costs to do that, but if we ever go back at that time of year, I hope I’m in a position to ice-skate again. I used to love ice skating before I piled on all of this weight, so another goal to aim for, for sure. The hotel also had a lovely Christmas tree in front of it too.

Some restaurants were familiar – like Rainforest Cafe, and Planet Hollywood. There is also a Cafe Mickey, where you can dine with the characters, Buffalo Bill’s Wild West Show, which is a dinner show, and fast food places like Earl of Sandwhich, and a McDonalds.

After settling into our room on our first day at Disney’s Hotel Cheyenne, we decided we should probably get some lunch/dinner. We hadn’t eaten since breakfast that morning, and it was now late afternoon. Since it was Christmas Eve, the hotel restaurant – the Chuck Wagon – had a special menu on, which was quite pricey. We didn’t want to spend that sort of money, so headed to Disney Village to grab a bite to eat there instead.

We had food from Earl of Sandwich a couple of times during our time at Disneyland Paris – I didn’t take photos of everything we ate, like I do in my Walt Disney World Trip Reports, mainly because I wasn’t even sure if I would write a trip report for this trip. The price for a hot sandwich was €6.95, and I can’t recall what price the salads were. Everything we had from there was tasty, and around the sort of price I would expect to pay.

During the Christmas season, there is a small Christmas Market – basically stalls selling treats like mulled wine, roasted chestnuts, pastries, sweets, and chocolates. This was a lovely touch, and over the few days we were there we bought a few treats to enjoy.

On our last day, we had lunch at Rainforest Cafe. We noticed that pretty much all the restaurants had a set menu, as well as a la carte.  We had a sharing platter for starter, and chose from the set menu for our main course, and dessert. Drinks are not refillable, and of all the costs of things (which are high, due it it being a theme park anyway) was definitely drinks. A glass of coke, for example, was €4.40, and I would say it was less than a full can of the drink.

For mains, Liam, as usual, had a burger and fries, I had a pasta dish (which was delicious!) and Steve had chilli con carne – which was a huge portion, that he couldn’t quite finish. Our waiter was a friendly guy, and spoke English, although we did do our best with saying a few words here and there in French! Our total bill was €106.20, which we didn’t think was too bad, for the three of us.

We have eaten at a Rainforest Cafe in Orlando before, and Liam has been to the one in London too. I remember the one in Orlando being very, very loud – the theming is, as you may have guessed, a rainforest, and every so often there is a rainstorm, and the animals start to move and make noises. We didn’t find the French one too loud, which was welcomed!

And finally, the shops. Liam loved the LEGO store, and bought himself a couple of sets to bring home. We had a bit of a wander through some of the other shops, but didn’t buy very much, other than some biscuits to bring home as gifts. One thing I did treat myself to was some Minnie Mouse ear muffs – you can’t buy those in Florida!!