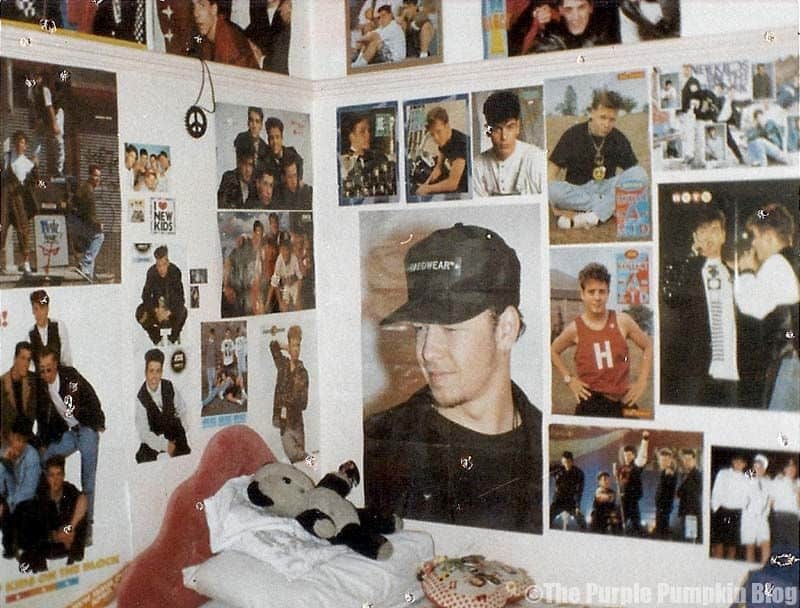 I remember watching the Smash Hits Poll Winners party in 1989, when a new group from American performed You Got It (The Right Stuff). They were called New Kids On The Block, and a 13 year old me fell in LOVE! I went out and bought their album, Hangin’ Tough, on cassette, from Our Price.

I bought all the magazines that were suddenly featuring these 5 boys from Boston, and decided that my favourite was Donnie. I would listen to that tape constantly, learning all the words and singing along. I bought their previous albums, and continued to buy ALL the magazines – Smash Hits, Look In, TV Hits, Big, Just Seventeen, Fast Forward and a gazillion more, no doubt. I would go into the sweet shop before school and have a quick flick through them all, and if there was the tiniest picture or story, I bought the magazine.

Every clipping went into a scrapbook, and by the end of their fame in the UK I had about 20 scrapbooks filled with NKOTB stuff! I still have them!!! Every time they were on the telly – Top of the Pops, Going Live!, TV-AM, the news… ANYTHING, I would tape it. I still have the tapes! I would go nuts if I missed anything about them – back then there was no catch up TV or +1 channels.

In the magazines would be posters: they all went up on my wall. When this photo was taken in 1990, we were living at The Fairlop Oak in Barkingside, and I had to share a bedroom with my two sisters. This was my corner and it was filled (as you can see!) with posters, and natch, I’d have that one of Donnie looking down on me!!!!! Just above that poster, you see the one of Donnie, in the middle between Joey and Jordan? THAT was my favourite. It was from the Step By Step era, and wow, did the teenage me LOVE that poster. So much so that I bought another copy of the magazine it came in, just in case the one of my wall got torn. (Yeah, I know. Cringe!)


I do wish that I had a photo of my bedroom from when we moved back to The George in Wanstead, because every single wall in our bedroom was covered floor to ceiling – and the ceiling with posters of New Kids On The Block.

My first ever pop concert was to see the boys at Wembley Arena. I saw them a few times – I still have the ticket stubs somewhere. My best friend and I pretended that we met NKOTB – and for a while there, fooled everyone in our year. We didn’t have photographic proof, because, well, we ran out of film on our cameras by the time we met them of course.. .but hey, here’s proof…their signatures on a poster (that we faked) LMFAO!!!!  Eventually the fib came out, and we laughed about it, and still laugh about it to this day. (We are still best friends!)

A few years ago, NKOTB made a comeback – no longer kids, but men…. and when they said they’d be coming to the UK to do a tour… my bezza and me were SO there! We managed to get seats 12 rows from the front… we waited like 15 years or something stupid to be that close! And when Jordan threw his t-shirt into the crowd and my best friend caught it – well DAMN, that made her life, Jordan was always her favourite!

There’s nothing quite like that first teenage crush that you have – I didn’t quite expect it to still be here at nearly 40 though… long live NKOTB :D :D :D

Just for kicks, I managed to find a video on YouTube of that first performance that made me go weak at the knees all those years ago at age 13…

You can join in too with Step Back In Time…I’m really looking forward to reading everyone’s memories – please click on the image below to be taken to the Step Back In Time Linky to add your post. 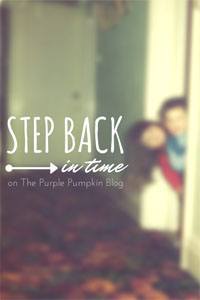