A Day Out At Ripley’s Believe It Or Not! London

Home » Travel » A Day Out At Ripley’s Believe It Or Not! London 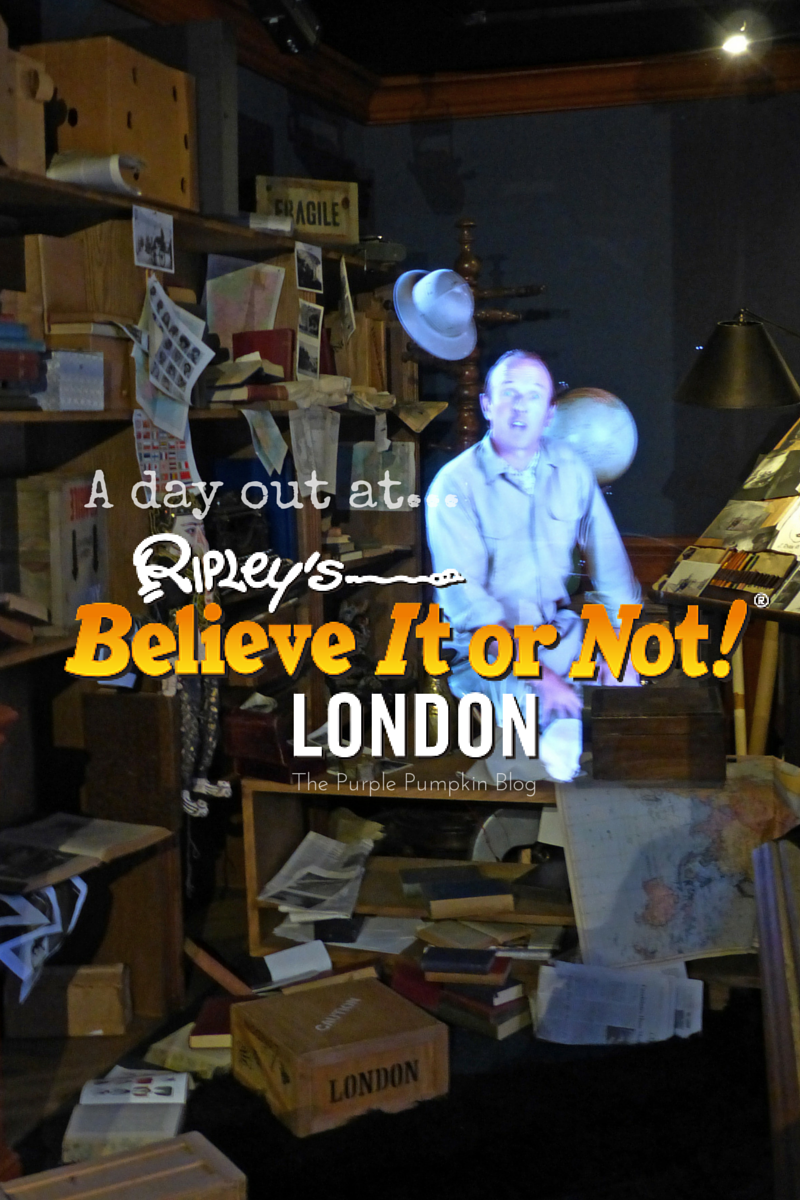 My family and I were invited to a blogger event at Ripley’s Believe It or Not! in London, to see the new pop-up Wonderland Gallery, celebrating 150th anniversary of the iconic Alice in Wonderland, written by Lewis Carroll. Inspired by Alice’s adventures, the gallery features a mad hatter table, a giant perfume bottle as well as an incredible Ames room which gives the illusion you are either a giant or very small, just like Alice is in the film.

The Alice in Wonderland gallery at Ripley’s London is open throughout the UK summer holidays, which means there is plenty of time for the whole family to join in with Alice’s adventures before heading back to school in September.

Ripley’s Believe It or Not! London is open seven days a week, 365 days a year from 10am until midnight (last admission 10.30pm). With more than 700 amazing artefacts on display, the attraction celebrates the weird, wonderful and bizarre in all its forms. With everything you can imagine (and plenty more you can’t). Tickets to this world of wonders situated in the heart of London’s West End are £26.95 per adult and £19.95 per child. Family tickets are £79.95 based on two adults and two children. Purchase your tickets online in advance and save 15%.

We have been to Ripley’s London before – a few years ago now; and we’ve also been to the one in Blackpool. We keep meaning to visit the Ripley’s Believe It or Not! in Orlando, but so far, haven’t gotten around to it! Maybe this year! 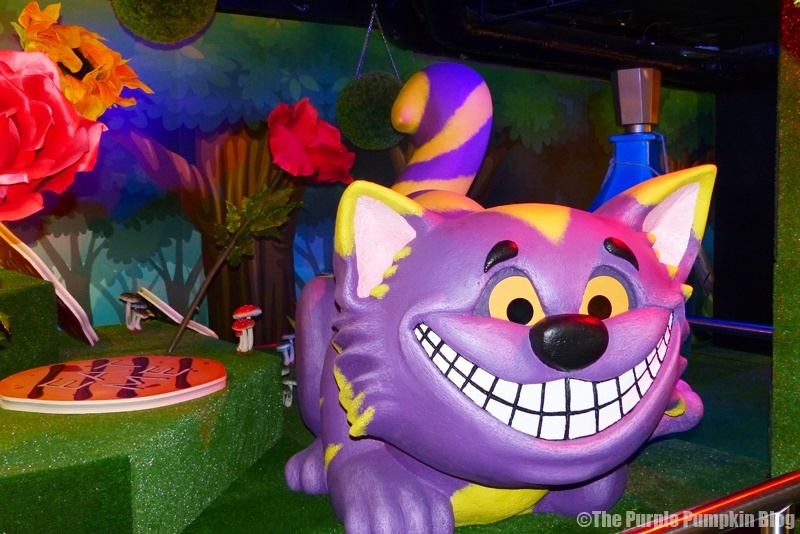 We (my husband, son and I) left home in plenty of time to arrive in Piccadilly Circus for the blogger event start time of 10am. However, public transport had other ideas. We had planned to get the train to Liverpool Street, and then a 23 bus to Ripley’s. This meant I didn’t have to go on the tube which causes me much anxiety these days. But, when boarding the bus, we were told that there was a running event going on, and the roads were blocked, meaning that the closest we could get would be Oxford Circus. It’s not too far a walk – around 10-15 minutes according to the map app on my phone, so that’s what we did. What I didn’t expect was it to be so hard for me. About half way down, my back gave out on me, causing me to inch along at a snails pace in complete agony. I had the juxtaposition of all these runners, pacing on the roads, and me hobbling a long like an old fat fool. The more I thought about it, the more distressed I was becoming, and the more upset I was getting, my husband and son were trying to calm me down. Which started a new cycle of tears. By the time we finally reached Ripley’s I was an emotional wreck. This then made me even more paranoid and I felt like I should be an oddity in the exhibit. Not a good start to a day I was really looking forward to.

Anyway, after sitting down for 10 minutes, calming down and regaining my composure, I was good to go and enjoy all of the weird but wonderful curios! These photos are not in any particular order, and I know I missed lots of things out along the way, but it is a fascinating place to visit if you are in London, and a place we would definitely go back and visit again.

The Wonderland Gallery was pretty cool. I loved the giant Cheshire Cat with his big cheesy grin! And the Ames Room illusion was crazy! 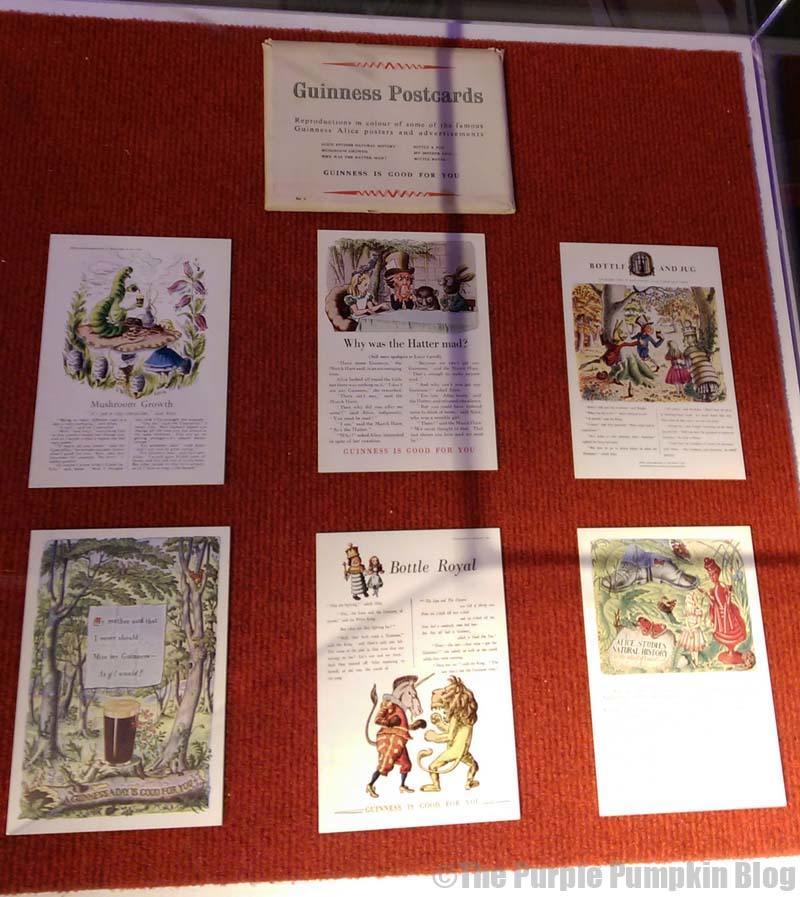 Created by Adelbert Ames in 1934, the Ames Room is a distorted room that is used to create an optical illusion where people can grow or shrink in front of your very eyes!
By looking at the room through the viewing hole, it appears to be an ordinary cubic-shaped room, however, this is a trick of perspective and the true shape of the room is actually trapezoidal, the walls are slanted and the ceiling and floor are at an incline, and the right corner is much closer to the viewer than the left corner.

The exhibits at Ripley’s Believe It or Not! are displayed over several floors. I think I’ve taken at least one photo in each section… we’ll soon see as I go to the Ripley’s website for reference!

Take a voyage of discovery through the‘Gallery of the Greats’ where you will find a collection of amazing art created from unusual materials, including plastic cutlery, butterflies, laundry lint, toast, computer keys, matchsticks and even cow dung!

A Michael Jackson portrait made from sweets, a Jimi Hendrix portrait on dung, and “The Greatest Story Ever Told” scrimshaw by James Durham, with the entire story of Jesus Christ, drawn, carved, and stained into a human skeleton, were just some of the pieces of amazing art we saw.

Robert Ripley was dedicated to travelling the world in search of the unusual and the unexplained.

You definitely sense that as you see artefacts like shrunken heads and decorated cannibal skulls! Some of the exhibits were very creepy indeed!

Measure yourself up against Robert Ladlow, who grew to 8′ 11″, and the tallest man to have ever lived; or weigh in with your family against Earl Hughes who weighed 485kg. You can see a models of some remarkable people including Ching Foo of Shensi, China was born with a blue face, Fedor Jeftichew – Jo Jo the Dog Faced Man, and the Cuban Eye Popper.

I have travelled in 201 countries and the strangest thing I saw was man – Robert. L. Ripley

From extreme biology to underwater wonders and cosmic mysteries, Ripley’s Believe It or Not! London is home to a whole host of jaw-dropping exhibits that will be sure to shock and amaze you.

A prehistoric megaladon shark jaw, a t-rex animatronic and fragments of meteorites can all be seen at Ripley’s!

We saw a model of the RMS Titanic made from over 147000 matchsticks, we could dip our hand into icy water – set at the temperature which it is said the ocean was when the ship sank. There is also a rather scary (for young children, and those of a nervous disposition) exhibit with some medieval torture devices, and the electric chair, which you can turn on and off – very freaky.

You can take an alternative route to bypass this section of Ripley’s.

Originally known as a series of ‘odditoriums’, the Ripley’s attractions are perhaps best known for their collections of odd and unusual displays and fascinating finds that appeal to even the wildest imagination!

We definitely saw a lot of weird but wonderful things at Ripley’s but the weirdest, in my opinion were Painted Ants… The following tableaux depict British royalty created by applying faces and costumes to actual ants! Queen Elizabeth II, Prince Charles and Tony Blair may all be seen and the portrait of Princess Diana is also an original.

On top of all these exhibits, you can also navigate your way through a Mirror Maze, walk through a Black Hole (which is bizarre and really throws you off balance!), doodle on the Digital Graffiti Wall, and try to defeat the Impossible LaseRace. And don’t forget to stop by the gift shop on your way out! We, as always, bought a fridge magnet as a remind of our day at Ripley’s Believe It or Not! London.

You definitely need a good few hours to wander around Ripley’s Believe It or Not! London, and I hope that my photos of our visit encourages you to go there soon!