A BBQ Shopping Trip at Morrisons

May is a month with two bank holidays here in the UK, which usually means family get togethers for us! When I say family, I mean not only hubs, the boy and me, but my parents, sisters, brother and respective spouses and kids! It’s been a while since we’ve all had the opportunity to spend an afternoon together, so my sister and I decided that a family barbecue was in order as the forecast is for warm sunny weather!

Along with lots of other parent bloggers I was selected to be a #MorrisonsMum and go and do my bank holiday shop in my local Morrisons supermarket. For us, it’s about a 15/20 minute drive away, so not local, and not our regular supermarket, however, with the new I’m Cheaper price cuts that Morrisons have introduced recently, I was looking forward to seeing how much we could save.

Hubs organised our usual online shop at our local supermarket for the week, before I received the vouchers for our Morrisons shop…it meant that I could spend the £80 we were sent on our bank holiday barbecue! That felt like a luxury, so yesterday morning off we drove to Dagenham to see what was in store! 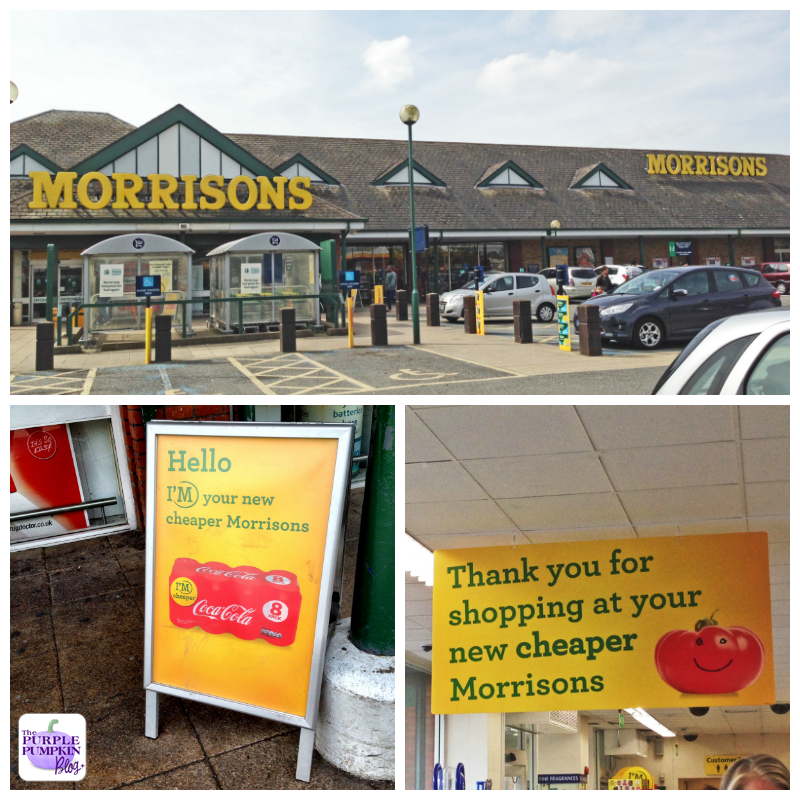 It’s always quite strange going to a supermarket that you’re not familiar with, and our shop at Morrisons was very strange for us! We didn’t know where things were, and the layout felt confusing, but we managed in the end!

Fresh fruit and veggies were first as we walked in (having grabbed a trolley from outside) and I started to take a look at the goods on offer. I always prepare lots of salads when we throw a BBQ, so it was nice to see a good selection of vegetables to choose from. The selection is not quite as big as my usual supermarket, but I still managed to get everything that I wanted. There were special offers on some of the produce which is great to see, as you don’t often see special offers on fresh fruit and veg. I also like the bargain 75p price tag on the pineapples! 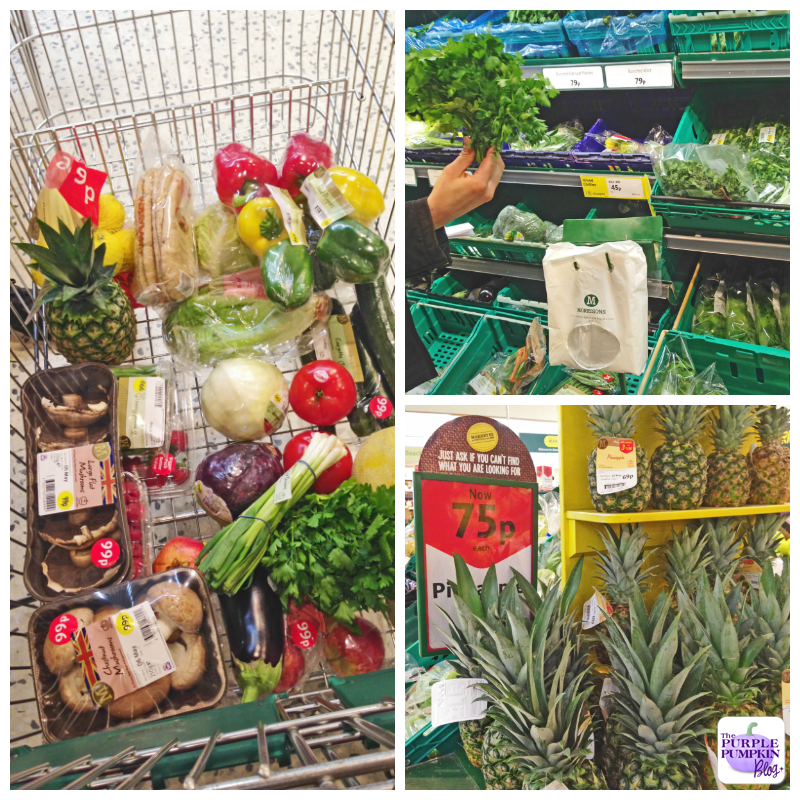 We then looked for pitta bread and rolls, need both of those for kebabs and burgers! With the half price 35p rolls, I bought two packs. Not as huge a selection as I’m used to, but again, I was able to get what I needed.

I did notice lots of I’M stickers and tags everywhere…it’s hard to compare with our regular supermarket, but it was nice to be made aware of things that are now cheaper than they were – we can all do with saving a few quid on our grocery shopping, am I right?! On the drive to Morrisons hubs wrote out a shopping list of things we’d need. I had a rough plan of the dishes I would prepare, so he scribbled a few must buys down and the rest of our shop was done by walking up and down the aisles!

I was very pleased to see quite a wide variety of ethnic foods, including kosher. I’m married to a Jewish man, but we don’t keep a kosher home, however, I did pick up some of our favourites including kneidl to put in the next chicken soup I make!

There were lots of Indian spices (a great tip to save money is to buy your spices from this aisle, they’re often bigger packets and cheaper than the jars!) and dried pulses. I was very pleased to see some Greek foods including tahini (I picked up a jar of that) and there was a large Caribbean foods shelf too where I picked up the cheaper canned pulses.

Dagenham has a high ethnic population which I think accounts for lots of different world foods, so you may not necessarily find these sorts of products in your local store. If there was one thing I did love about this shop was seeing this great selection!

Towards the back of the store was the deli counter, the fresh fish and meat. We did stop and look around for a bit as couldn’t find the pre-packed stuff. It didn’t seem to be in the logical place (at least not to us!) but we did find it in the end.

Whilst I sent hubby off to pick up some meat for our BBQ – mince to make burgers and chicken for kebabs, I looked at the fish, which was 3 for £10 – mix and match. I picked up salmon and sea bass, and then walked up the aisle to find my third item. It was a shame that the special offer wasn’t all together, and I was gutted that there wasn’t any pork within the offer. I picked up a whole chicken instead to go in the freezer for dinner another time. Hubs pointed out that he couldn’t find a 5% fat mince, so we had to settle for 12% as that was that was there. We bought two packs as they were on special offer, as were the chicken breasts (but not part of the 3 for £10)

We discovered the vegetarian selection (have to feed a veggie at our barbecues!) so was pleased to see a few shelves devoted to those products. Found more Indian produce too.

Our final walk down the aisles took us to the drinks where we picked up a few bottles and cans, and down the freezer section for ice-lollies! Really good value and clearly labelled with the price. We picked up the 20 selection pack for £3 – I can imagine there will be fights over who gets what!! We also picked up some frozen berries to make cocktails!

Whenever we go food shopping, hubs and I like to play the “guess how much our shopping will cost” game. Looking at everything we put in, I thought it would be close to £100, he thought it would be about £90. Hubs won with the closest…our total, after all the special offer discounts was £88.97. I was very surprised as I thought we’d be well over the £80 voucher budget we had. Hubs said he noticed that, compared to our usual supermarket, some stuff was cheaper, some was more expensive and some was just the same.

We packed our groceries and paid the extra with our bank card; we also got a voucher for 6p off petrol which will come in handy! This was our haul…

…and once we unpacked everything back at home I have to say I was seriously impressed with the amount we bought for £88.97! A nice selection of fresh fruit and veg, meat and fish, and other groceries including drinks, canned stuff and kosher!

I have to point out that whilst we didn’t find the range of groceries in this Morrisons as we do at our local supermarket, is because ours is about three times the size! For our needs on this shop I did buy everything that I wanted and there wasn’t once where I thought “I’ve got to go somewhere else to buy xyz”.

Now, I will be sharing all the recipes I prepare using our Morrisons shopping in the next week, but in the meantime this is what I plan on dishing up at our bank holiday family barbecue…

I won’t be using everything here as some of it is going in the store cupboard/freezer for dinners later in the week! I hope you’ll come back and check out how our barbecue went! Thanks to Morrisons and BritMums for giving my family the opportunity to shop at Morrisons for the bank holiday! #MorrisonsMum